DIONYSIUM: Folk music and Communism! (plus Top 10 music notes of the week) 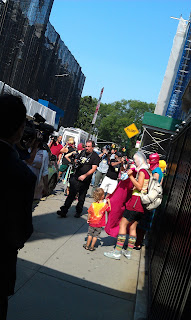 PUSSY RIOT (see the nearby photo I took at the protest outside the Russian embassy last week) was not the first time music was entangled with MOSCOW politics!  NOR THE LAST!

“The Communist Menace in Folk Music: The Story of Pete Seeger and the Almanac Singers”

Come hear MATT BRANDENBURGH, a filmmaker and folk music enthusiast from Brooklyn, describe the history of one of America’s most beloved folk musicians – PETE SEEGER – and the complex love-hate relationship Seeger and his fellow ALMANAC SINGERS had with one of history’s greatest butchers: JOSEPH STALIN!

Brandenburgh will also perform selections from the Almanac Singers’ impressive repertoire (tell all the folk fans and disheveled bearded men you know).

I, Todd Seavey, will also lead a brief discussion (and viewing) of SEN. RAND PAUL’s speech at that night’s Republican National Convention, for political contrast and as a nod to the “Bluegrass” State [UPDATE: Rand Paul speech reportedly delayed to Wednesday night; Monday Dionysium unstoppable].  And there are craft beers. 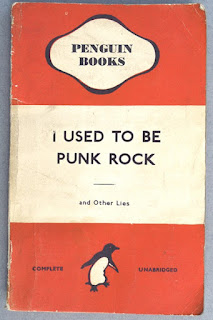 And now on to ten strange music items of interest:

1. As we would not want to create the impression that all folk music is communist, here is Carson Robison’s fantastic 1950s song “I’m No Communist”  (h/t Kyle Kidwell).

2. The Dionysium notes a bittersweet turning point, inevitable in the natural life cycle of the hipster: The Muchmore’s manager and band-booker, Bonnie Wong, is moving from Williamsburg to Montreal to study music production.  It is natural as bearded men migrating to Austin, TX in winter, and we wish her luck.

3. Speaking of people who’ve moved from Williamsburg to Montreal, I’ll be seeing Metric perform (here) in one month and one day.  In the meantime, perhaps we should use this coming Monday’s Dionysium in part to discuss the politics of today’s indie hipster music.  The antifolk people still seem an odd mix of commie and traditionalist – but what of the New Wave-like bands?  We must get to the bottom of this.

4. One sign that Chick-Fil-A was not exactly going to be driven out of business by outrage over its CEO’s stance on gay marriage was the very very gay and black rapper who did “Bed Intruder” recording a video saying that while people say all kinds of dumb things he disagrees with, he’s not going to let that stop him from eating at Chick-Fil-A.  Advantage: commerce.

5. On a less political hiphop note, Connor Thurston notes this truly lovely (and subtle!) performance that may represent a genuine quantum leap in breakdancing, and that’s not exactly something you hear me say often.

6. My own tastes lean more to the New Wave, indie, and punk-influenced, plainly, but I may be at risk of writing a memoir like the one in the joke photo above pointed out by Jeffrey Wendt.

7. It may not be quite a music note, but the protests over Pussy Riot being sentenced to two years by Russia remind me of Julian Assange being trapped
in the Ecuadorian Embassy in London by the legal pincers of the UK, Sweden, and the U.S. – and the Ecuadorians deserve extra praise given reports that a colleague of Assange who had him as an unwanted houseguest for a time complained later that Assange taunted his cat, Herr Schmitt, who has been rendered “psychotic” by the episode (and that Assange never flushes the toilet).

8. It may not be quite as heroic to go topless and cut a large, beautiful wooden crucifix down with a chainsaw, but one pro-Pussy Riot protester did just that.  Can’t blame her – but stay focused on the excesses of the state, people.  The vaguer clash between feminism and religion is not one that will be resolved in any court or with anything as crude as a chainsaw.

9. But perhaps the purely-secular End Times are upon us anyway.  That you can find out tonight (Wed.) at 7:15 at ol’ Lolita Bar as the Empiricist League (run by Dionysium ally Lefty Leibowitz) hosts talks on real-life doomsday scenarios in an evening dubbed “Beyond Thunderdome!”  I’ll attend.  And this is as good an excuse as any to post once more my unusual choice of favorite Tina Turner song (no, not “We Don’t Need Another Hero” – the other one from Thunderdome).  She did a song with the Fixx, too, you know.

Speaking of disasters, (A) I see Star Trek: Voyager’s Robert Picardo is playing pompous, weasel-like science institute director Dr. Stadler (a fiend out of the worst nightmares of my old ACSH colleagues) in October’s Atlas Shrugged Part II: Either/Or, for whatever that’s worth, (B) this totally boss five-minute compilation of near-fatal crashes exists, and (C) libertarian science writer Matt Ridley says doomsday fears are completely overblown.  We’ll see how he feels in four months when the Aztec gods fight the Sumerian reptile men for control of the shadow government.

10.  On a lighter and definitely more musical note, today also brings sixtieth-anniversary screenings in many cities of Singin’ in the Rain, but if you don’t have time for the real film, here’s Paddington Bear’s version.
Posted by Todd Seavey at 12:31 AM