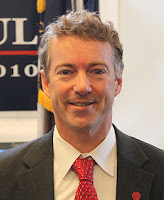 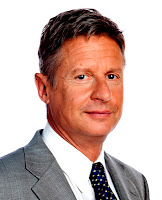 1. Roxy Music’s cover of “Like a Hurricane” was not one of the fine folk songs performed by Matt Brandenburgh at last night’s Dionysium, but this seems like a good week to dedicate it to everyone headed to New Orleans for the American Political Science Association convention.

2. On another political/musical note, the right-wing band Madison Rising is Kickstarting an album and tour.

3. I’ll be interviewed tomorrow night on the online TV show Rew and Who? – which also seeks your donations – and which you can watch live right here tomorrow night (Wed.) if you want to catch me in the circa-5:30pm Eastern block.

4. I’ll still be done in time for everyone to switch over to, say, CNN to see the video about Ron Paul and a speech by his son, Sen. Rand Paul, circa 8pm Eastern.  As (A) a more or less libertarian, (B) the most obvious inheritor of his father’s political mantle, (C) a member of the Senate with a bit more nuance in dealing with mainstream Republicans than his dad cared to display, and (D) recognized leader of the Tea Party movement, Rand Paul is important and, depending on how things go this year, I’d like to see him run for president himself in 2016.  He might be able to broaden his father’s coalition while actually winning the White House and still being radical enough to rescue the nation. 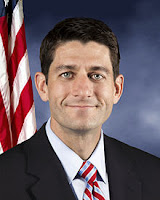 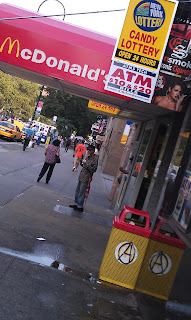 But not all Ron Paul supporters will see the son as the obvious replacement for the father (Rand Paul says nicer things about the military, endorsed Romney, and is willing to vote for things like sanctions on Iran).  I count four likely recipients of the (divided and to some degree mutually-exclusive) loyalties of the Ron Paul voters, four “heirs,” if you will:

•Gary Johnson (the Libertarian Party candidate – close enough for me)
•Paul Ryan (there are at least some less-radical libertarians who will suck it up once again this year and vote Republican in November – and if they do, it will likely be more because of the quasi-Ayn Rand fan in the v.p. slot than because of Romney, business-friendly though both men are)
•waiting until 2016 and voting for Rand Paul
•simply never voting again – which may be just as popular an option – unless some of those non-voting, near-anarchist libertarians are lured back into electoral politics by the occasional rising young libertarian candidate such as Justin Amash.

These four options, abstracted, really represent (respectively): go third party; accept a major party; transform a major party; and give up on the system altogether (but not on liberty, which can be pursued in countless private ways, both subversively and hermitically).

5. All that’s a reminder that real-world politics is messier than political theory.  Indeed, if political science professor Jacob Levy survives the aforementioned hurricane down at the APSA convention [UPDATE: I don't think he's going after all], maybe in a few months I’ll owe him due to the bet we made about whether Obama would grow government more than Bush (looks like Obama’s on track last I knew by about 22% vs. 18%, first term vs. first term, but I admit it’s close, a reminder how much contingent factors matter and how little purported philosophy counts in DC).

Jacob’s pessimistic assessment of the right, at least as he stated it once years ago, puts U.S. conservatism in international perspective, in a disturbing way.
Why be surprised the right pays so little attention to free markets, Jacob once asked, when all over the globe, conservatives have shown that what really tends to matter to them are (A) religion, (B) the military, and (C) aristocracy (meaning established corporate elites in the U.S., perhaps)?  When you put it that way, perennial disappointment of libertarians by the GOP should be no surprise.

6. Every time Romney criticizes Obama for cutting Medicare, he may pick up an elderly vote, but he will also make me wish I could vote for Gary Johnson an additional time (Romney, when he does this, even reminds me why I sympathized with Rick Perry briefly last year).

7. An aside regarding The New Yorker: to avoid any danger of readers thinking Andy Borowitz’s “reports” are true stories, I honestly think he has an obligation to make them funny once in a while.  (WHY DOES HIS JOB EXIST?)

8. Meanwhile, over in New York magazine, it’s nice to see Jonathan Chait admit that liberals dominate the movies (h/t Mark Judge).  (The next logical step for him, I think, is ceasing to be liberal himself.)

9. At least the culture beyond Washington coughs up something libertarian-in-spirit once in a while, and I think the movie The Changeling (which I finally saw thanks to Chuck Blake) counts.  (The tale of a lost child and police negligence is also a good piece of evidence in favor of paranoia being a necessary tool against statism, much as I prefer calm and rationality.)  I only wish director Clint Eastwood, star Angelina Jolie, and writer J. Michael Straczynski had reteamed for Atlas Shrugged, as was once thought possible.

10. On another culture note, this is my summary of every week’s New York Times Best-Sellers list: Nazis, the Olympics, the Civil War, Malcolm Gladwell (who’s speaking in Brooklyn on Sept. 18, by the way), Heaven, JFK, and something with kids and/or pets.  I think we’re about done with this culture.
Posted by Todd Seavey at 1:34 PM

I think I'm going to write a book that includes all those topics and thereby conquer the bestseller list permanently.