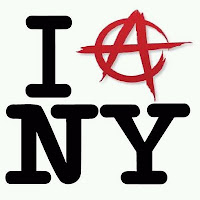 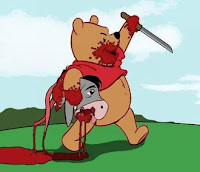 "[E]xtremism in the defense of liberty is no vice." -- Barry Goldwater (1964 Republican presidential candidate acceptance speech)
"[In their idle fantasies] the tea-party Hobbits could return to Middle Earth having defeated Mordor." -- Wall Street Journal (Review & Outlook)
"Our list of allies grows thin." -- Elrond (not to be confused with the Red Skull)
"The weapon of the enemy is a gift!" -- Boromir (having a bad idea)
The past few weeks have been among the most optimism-inspiring in American political history, and if they have taught us nothing else, it's that only a hardcore ideologue is likely to make the tough decisions, such as substantial government budget cuts.  The pseudo-cuts pushed by the Democrats and Boehner have been a joke – and would have been worse absent the rigidity of the Tea Party-affiliated, more libertarian members of the House, who sent the message that Congress could not move farther in the direction of more borrowing without cutting and that they would not be bribed and negotiated out of this principled stand.
The press bemoaned the inflexibility of extremists (perceiving them only on one end of the spectrum, of course, as in this inept interview of Sen. Rand Paul by CNN’s Don Lemon, pointed out to me by Michael Malice).  But sometimes extremists are the only ones who get practical results, and this blog will feature a “Month of Extremists” throughout August: punks, psychos, demigods, and more.
Being a moderate-yet-hip, open-minded, tolerant person does not mean you should condone the government spending trillions of dollars as if wishes were productive returns on investment.  Love the pot, the gays, the heretics all you like, tolerate nearly everything, but for crying out loud, STOP THE SPENDING.  And the borrowing.  And the tax increases.
And if you're one of those (very common) leftists who responds only by saying "Well, Bush spent lots of money," (A) you're exactly right and (B) saying that is not a solution.  It's like responding to the charge that your belief in Bigfoot is groundless with the observation that the Catholic Church covers up child molestation cases.  True, and that ain't gonna make Bigfoot real.  And we're all going to go bankrupt sooner or later unless we radically shrink the government.
And if you're one of those (also very common) leftists who is now tempted to say, "Oh, yeah, well, are you willing to cut off funding for…?" the answer is YES.  "But what about -- ?"  YES.  Most definitely, in fact.
As a practical, pragmatic, moderate fellow in my own way, I am necessarily an anarchist and want the entire government abolished.  I'm polite, so for the past two decades I really, really wanted to do it slowly and painlessly while the mushier Democrats and Republicans around me grrrrraduuuuually figured out how to privatize the National Endowment for the Arts and how to foster the growth of a more-accountable analogue of Blackwater mercenaries and so forth.  Too late!  Not my fault, but now: SHUT IT DOWN, SHUT IT DOWN, SHUT IT DOWN.
Fifty states -- and for now, their fifty respective governments -- will get along just fine, nay flourish, without the central one in Washington, DC.  Getting rid
of just that one government isn't so much to ask, really, not when $15 trillion in debt.  End this ridiculous, stifling system of parasitism before we are all sucked farther into the abyss.

Calling the uncooperative elements of the GOP obstructionists for standing in the way of more borrowing…just to enable more paying of interest on the debt…racked up by continued deficit spending…used on wasteful, now explicitly random government projects…is a bit like saying the real problem on the Titanic was the one stubborn yeoman who, while trying to help people into a life raft, clumsily stood in the path of a few rats who were fleeing the sinking ship.  What Democrats have now been reduced to fighting for is so far removed from actual productive economic activity and long-term fiscal sobriety that I'm not even sure why they desire victory, aside from political reflex.
•••
It’s a bank holiday in Adam Smith's native Scotland -- and Burke's Ireland -- today, I notice.  Awkward if everyone decides the financial world is coming to an end, but it looks like we’ll continue to muddle through.
And if you think this situation has been a cliffhanger, recall the world of comics, in which delays of months or even years between issues have been known to occur (recall the year or so between the penultimate and final issues of Camelot 3000 long ago), some of the more epic delays catalogued here by Newsarama.
After this month of extremists, I plan to unveil a new forum for ideas that will, I hope, provide a model of bringing together extremes not merely to clash but also to create productive recombinations.  We can learn from and adapt the best ideas of the extremists while moving forward to learn additional lessons instead of staying in one extremist cul de sac.
Cul de sacs down which, so to speak, it may have been useful over the past century to peer but down which I don’t think we should keep trying to drive -- not with time of the essence – include big government, religion, belief in UFOs or psychics or other paranormal phenomena, liberalism, fascism, Objectivism, Nietzsche, paleo-traditionalism, self-help-guru movements, feminism, and shallow-leftist versions of libertarianism.
Let's just discard them all right off the bat -- and move forward with the infinite possibilities that remain after ditching all those dead ends.  You don't waste your whole life wrestling the same corpses.  That is certainly not how we will spend our time beginning in the fall.  But more on that soon.
P.S. McCain, who repeated the Wall Street Journal’s unintentionally flattering characterization of the Tea Party as “hobbits,” sparked Rand Paul’s retort that it’s better to be a hobbit than a troll, and indeed, if you look at McCain... (my thanks as well to Alex Rose and Evan Isaac for pointing out the images atop this entry). 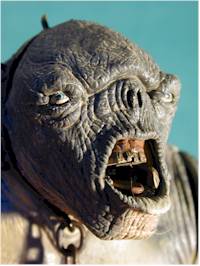 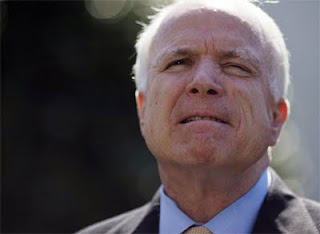 So you're a Federal libertarian i.e. you want states to be the more powerful governments with the Federal one having an overarching, yet light grip?

I want government at all levels, in all "nations," and on any hypothetical new planets colonized or discovered, abolished entirely. Serious steps in that direction are welcome. Childish attempts to prevent such moves by, for instance, saying "Ha ha! Under [very local, very fleeting] current tax rules, property taxes go up if you cut state income taxes! Ya can't get outta this box! Got ya trapped forever! Haw haw!" are not, though that's about what most political "dialogue" in the U.S. comes to in recent decades.