Crisis on Google Earth (and the Panopticon) 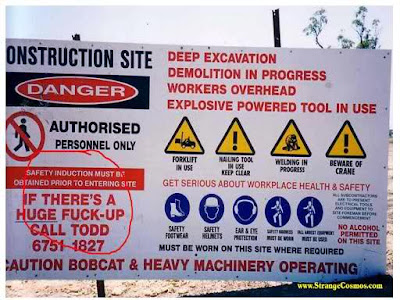 Ten thoughts on the fate of the whole embarrassing planet, to hold you over until I resume blogging one week from today:
•Laws against drug use didn’t rescue the talented and troubled Amy Winehouse (who, like the still-living Lindsay Lohan, seemed too battered to be so young – and, by the way, a twenty year-old Fiona Apple sure sounded more aged and experienced than she looked back when she released “Criminal” in 1997, though she did not look well either).  For many people, there’s no doubt a temptation to think that even-stricter drug laws might have done the trick, but addicts’ best hope is likely the decentralized and spontaneous intervention of those close to them, and even those quintessential experts – using judgment and sanctions far more nuanced than those the state can devise – may have a tough time inducing change.
•Norway has plenty of gun laws already, in case you were wondering.  Side note: as I mentioned on Twitter and Facebook, the Oslo killings, as a portion of national population, are about twice as big as 9/11, the latter killing about 1 in 100,000 people in the U.S. and the former killing about 1 in 50,000 Norwegians (the respective attacks, I mean, not Facebook and Twitter), though obviously with no remotely comparable global-political fallout from the Oslo attack.
•The state can’t – and shouldn’t – be everywhere all the time (and apparently in Oslo it can’t even respond to a shooting in less than ninety minutes sometimes anyway, a reason to consider possessing the means of self-defense).  But the panopticon can further the cause of public shaming without being run by the state: Witness Fox Indianapolis’s highly morally-educational photo gallery of passed-out drunk people.
•If the drunks aren't trashy enough for you, note that Beavis and Butt-head are returning to MTV, and Cornholio is now being hailed as a messiah.
•I don’t think I’ve done anything embarrassing enough to worry about being seen by Google Earth, but I did recently have the slightly-unnerving experience of video-cruising around the online version of the Reagan Terrace/Kenwood Ave. area of Austin, TX (in vain) to see if I glimpsed me (and Scott Nybakken) on the road there, since we were walking in the area (visiting recently for the historic Deyo/Hanlon wedding) when passed by the Google Earth Car with its rooftop cameras.  Gradually cursoring my way up behind an image of myself would be both cool and creepy – even more so if instead of us it somehow turned out to be Philip K. Dick and Richard Linklater.

•I knew a particularly badly behaved person who hated the idea of the panopticon.  I’ll concede that it’s disturbing that the idea of constant surveillance, which we now take to be a characteristic (in principle if not yet in fact) of the entire planet, was something that my philosophical forebear Jeremy Bentham intended to try out solely on a model prison.  By this measure, dare I say it, we are becoming a prison planet – no, I don’t mean that one...right, I mean that one, speaking of Austin, TX people with ties to Richard Linklater (though it’s intriguing to hear that the Legion of Super-Heroes, most associated with the first linked prison planet, will be teaming up with the comparably-future-utopian characters of Star Trek in an upcoming comic book miniseries).
•Speaking of comic book characters from the future, with some talk that a couple writers of X-Men: First Class like the badass cyborg character Cable and might like to put him in a film, I’d like to remind everyone roughly what Cable interacting with the future Katherine Pryde (perhaps as she tinkers with salvaged Sentinel technology) might actually look like on film: 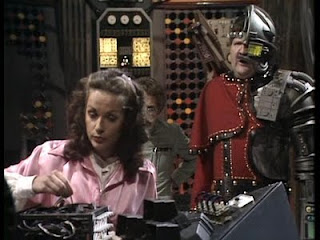 •Truly being watched over by a protective Star Trek-esque machine at all times would, of course, make us all slaves of Landru, and I have only just learned that that episode of the original series inspired Ben Stiller to name his production company Red Hour (that being the one time when Landru permitted the citizens to frolic).
•Greater central control – including the all-seeing-eye, governmental or divine, that can get a handle on what’s going on – is an intuitively appealing response to a crisis, which is part of the reason that even seemingly-randomized massive spending by Washington still sounds to many ears like a great response to financial hardship.  But no matter how many Nobel Prizes are showered on people like Paul Krugman (inflating the currency of the prize, as it were), our economic problems still tend to be made worse, not better, when more spending and decision-making are done by central government instead of free individuals.  The century-long expansion of government must be reversed immediately.
•I say that now because civilization might collapse before I get a chance to say it again.  I’ll resume blogging in one week and we’ll see whether an econoclypse is underway by then.  The whole world is watching.  “Cut, Cap, and Balance” was a nice try, but if the Senate and President won’t go for that, maybe it’s time to take things up a notch and vow, as Ron Paul apparently has, that no deal should involve raising either the debt ceiling or taxes.  Then you’d really see a deal that was, as the Democrats have been rather inaccurately saying about the relatively moderate “Cut, Cap, and Balance” plan, “all cuts.”  Since when, after all, is more borrowing considered an austerity plan?
If I sound extreme to you, well, August, if we survive it, will be this blog’s “Month of Extremists,” so join me for that in one week (I have some other free-markety projects to attend to until then, assuming there’s still a market).
Posted by Todd Seavey at 7:28 AM

Seems to me you missed a chance for a Todd-esque Mickey Eye reference.

What about a reference to the penal colony planet Ceti Alpha V, the negligent monitoring of which induced the Wrath Of Kahn?

...and even those quintessential experts – using judgment and sanctions far more nuanced than those the state can devise – may have a tough time inducing change.

True enough. I think the best option is to simply not facilitate the dependency itself, i.e. when that person asks you for money, simply refuse his or her request. Other than that, there's not much you can do to alter someone's behavior when the person doesn't want to change.