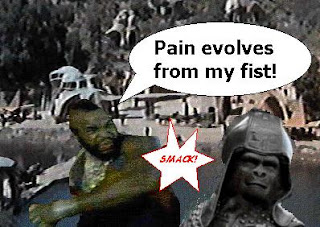 Diana Fleischman pointed out to me that while Americans are somewhat-predictably divided along right/left lines about “social” issues like gay marriage, the genders are not that divided on such issues – not even abortion (except in so far as men are slightly more pro-choice, contrary to 80% of feminist rhetoric) – except when it comes to animal-related issues, on which, to put it crudely, women are about twice as likely to care.  That’s huge compared to the small gender gaps on other issues.
Whether the women are right or wrong (and I suspect in the super-long-run humans probably will make less use of other species, largely due to artificial substitutes getting cheaper), I suspect women are drawn to those issues by maternal instincts – just as they are apparently slightly more opposed to aborting fetuses and (as Diana’s own research has explored) significantly more likely to be disgusted by meat, which can contain fetus-harming microbes.
Female vegetarians are about three times more numerous than male vegetarians, and as far as I know, this is not because vegetables actually transform male genitalia into female genitalia (and if they did, I have no idea how that would affect the mermen and mermaids in today’s annual Mermaid Day Parade at Coney Island, which cartoonist Dame Darcy and countless other oddballs will be celebrating).
Diana also notes that the director of the impending August reboot Rise of the Planet of the Apes was keen not only to raise animal welfare issues with the movie but to avoid using real apes in the film (check out the latest version of the trailer in that article), points out a serious documentary about humans raising a chimp (Project Nim), and for good measures notes this conversation with a philosopher who argues we’d all be better off if we’d never been born anyway.
•••
Speaking of nerd reboots like the Apes movie, which are the truly
important thing here, I wonder if, for all the streamlining and simplifying DC Comics is supposed to be doing in September, there’ll still be annoying redundancies like two Batwomen, one old one named Kathy Kane and one young (lesbian) one named Kate Kane, with no clear familial connection (not to mention an ex-Batgirl named Cassandra Cain).  I’d clear things like that up first if cleaning house.

I also wonder if DC Comics’ ruling triumvirate (Geoff Johns, Jim Lee, and Dan Didio) will find their relative corporate power altered at all if Johns and Lee have the highest-selling comic after September (Justice League) and Didio’s is the lowest-selling (OMAC), as seems fairly likely.  Of course, if the Green Lantern movie does poorly, Johns may not be so beloved by the Warner higher-ups either (in the meantime, it appears he has the power to get characters he created plugged by MTV).  If Lee ends up charge of everything, at least power will have ended up with the man who tweeted of the whole relaunch “I won’t f*#k this up!”
Let us hope the creators of the new Star Trek comic, which will retell classic episodes of the original 60s series but in the new JJ Abrams-era continuity, took a similar vow.  Actually, if I were reading it, I would not be so uptight as to point out that there is no logical/causal way that one time travel incident can make an entire universe “similar but cooler” – that starship has sailed, obviously.
As for the actual next movie, JJ Abrams said in a interview it might not be out next year if the script isn’t ready – and I respect his caution.  My friend Chuck Blake also notes that this will be the twelfth Star Trek movie and that according to a long-ago Simpsons episode, its title will be Star Trek XII: So Very Tired.
Posted by Todd Seavey at 7:49 AM

Email ThisBlogThis!Share to TwitterShare to FacebookShare to Pinterest
Labels: Culture, Politics, Sci-fi and such, Sci./skepticism