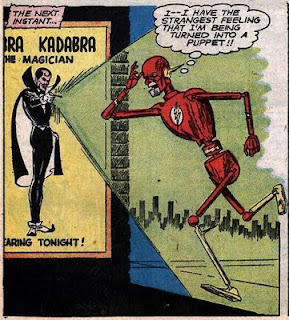 Tonight is the premiere of the ABC Family show The Nine Lives of Chloe King, based on novels by my friend Elizabeth Braswell about a girl with cat powers (the show may also help fill the “Chloe gap” left by the end of Smallville).  I will have to DVR it, as I will be seeing a one-night-only release of the extended edition Fellowship of the Ring (7pm at Kip’s Bay – and let me know if you want to claim my second ticket for the nearly-four-hour elf-filled epic [UPDATE: The ticket has been seized!]).  The Geek Gods are cruel when they schedule things sometimes.
(Speaking of women with cat powers, I wonder who would win a fight between Chloe King, Nastassja Kinski, and Jessica Alba, plus Eartha Kitt, Julie Newmar, Lee Meriwether, Michelle Pfeiffer, Halle Berry, Maggie Baird, Julia Rose, and Anne Hathaway...and the voices of Jane Webb, Meledny Britt, Adrienne Barbeau, Gina Gershon, Nika Futterman, Eliza Dushku, Vanessa Marshall, P.J. Mattson, Kelly Huston, Laura Post, Grey DeLisle, and Lorelei King.  I’d watch that fight, which might look a bit like this one mentioned in a prior entry.)
But even geekier things than that are afoot, since DC Comics officially unveiled its fifty-two impending comic book series, all starting from issue #1 in September, along with a slightly-tweaked shared fictional universe and a blitz of TV ads in a last-ditch effort to get the general public to notice comics (even if they end up hating the Green Lantern movie, as it is rumored they will – but more about that in two days).
Some thoughts on the new DC Universe, or “DCnU,” as people have been calling it:
•The new Animal Man artist is named Travel Foreman, and though that series is not supposed to be as metafictional as it was in the days when Grant Morrison wrote it, I still think they should consider having the characters hear the rumbling of truck tires and approaching trains from time to time and ominously intone that “the Travel Foreman is approaching.”
•As seems to be the case every time DC revises its universe’s fictional history, it’s unclear which elements of the past remain intact and which are wholly revised.  In particular, though we know there are three Justice League teams on the way in September, we’ve so far seen no reference to the Justice Society, Freedom Fighters, Marvel Family (Shazam et al), pulp-era heroes such as the Spirit and Doc Savage, and a couple of the lesser Charlton Comics heroes such as the Question.
Before all this reboot stuff happened, the aforementioned Grant Morrison had been planning to use at least some of those old-fashioned characters as inhabitants of alternate universes (the way DC used to depict them) in a big miniseries called Multiversity.  My theory about why we haven’t seen them mentioned as part of the September relaunch is that
Grant Morrison’s depictions of those characters, sometime in 2012 or so, will now be treated as the official debuts of those characters in the DCnU, rather than just elements of a self-contained Morrison alternate-universe story.  Maybe his versions will even be set in the main universe now and the multiverse framing device will be abandoned.