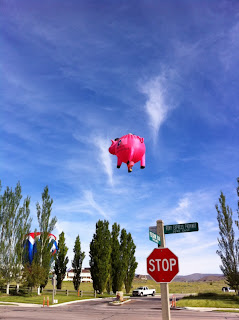 Peace in the Middle East?  Vegans roasting a living being?  When pigs fly, you say?  Read on!
•Our monthly Manhattans Project gathering for June happens one week later than it normally would, which means that on Monday, June 27 (the fourth Monday of the month), we’ll eat and drink at Langan’s (47th just east of 7th in Midtown Manhattan) at 7pm and hear briefly from guest of honor Saif Ammous, libertarian and econ instructor, about what he’s learning about regional political upheaval during his sojourn in the Middle East.  (You’re not going to stay home and let him have the last word, are you?)
BUT AS IF THAT WEREN’T ENOUGH, HERE’S ANOTHER FREE EVENT:
•Next month, Bastille Day (Thur., July 14, 7:30pm) brings the most important event in the history of Lolita Bar (266 Broome St., one block south of Delancey St. on the Lower East Side):
That Which Roasts Todd Seavey Makes Him Stronger
Yes, at someone’s mischievous suggestion, your favorite libertarian atheist sci-fi nerd will be subjected to comedic commentary and constructive ridicule from a stellar array of his wittiest acquaintances, forming a Bastille Day panel of judgment (three of them vegans or near-vegans for some reason, four of them libertarians, nearly all atheists, and each one ready to give Todd what for):
•quantitative analyst and skeptic Chuck Blake!
•short, busty librarian Laura Braunstein!
•history prof and Nat’l Lampoon vet Christine Caldwell Ames!
•comics editor and NYPress survivor Scott Nybakken!
•debates-founder and roller derby pimp Lefty Leibowitz!
•evolutionary psychology expert Diana Fleischman!
•and special guest star Berin Szoka from TechFreedom.org (on Todd not having a cell phone until 2011 and the threat he represents to progress)!
There is more to an epic roast than meat, fellow citizen – and on Bastille Day, you’ll see who can really dish it out!
(As for the events that transpire after this one... Change may be in the air.  More soon.  For now, note that another Lolita Bar speaker, Andy McCarthy of Pretty in Pink fame, is writing a memoir about how his travel writing helped him overcome his fear of commitment.  Sorry, girls.)
Posted by Todd Seavey at 3:26 PM

Email ThisBlogThis!Share to TwitterShare to FacebookShare to Pinterest
Labels: Politics

48yo guy with two children, first -by his HS girlfriend whom he tracked down after 20 years because he was jealous of her being happy with someone else, married and then divorced her in 6 years? second - by his lover of 5 years, whom he finally decided to marry? Or maybe his bride is yet another unnamed woman...and this terrific guy you think "girls" should be sorry to miss?

I think I just might participate in the roasting activities...

What? Who are you talking about?

The guy you promote in your last paragraph, Andy McCarthy of course, who else?

Oh, sorry. I meant he has spoken there _in the past_. Andrew McCarthy will NOT be at our Roast. Sorry about any confusion that wording caused. I hope wistful Gen X females will still attend.

UPDATE: Malice had to bow out, making Nybakken our new emcee.