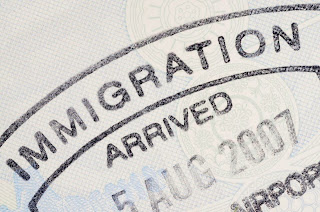 “Should the U.S. Open Its Borders to All Immigrants?”

Both debaters are themselves immigrants, libertarians, and Wall Street traders.

Todd Seavey will moderate and there’ll be plenty of audience Q&A.  Be heard.  And drink.  In either order.  At:

And at ToddSeavey.com, September will be a “Month of Reason,” since the staff and colleagues of the magazine by that name have written several more books lately worth blogging about.

Meanwhile, I see the RonPaulChannel launches online this month, itself a reminder that (tragicomically) the libertarian movement spends a great deal of its time replicating within its ranks the same right/left divisions that plague the rest of society.  So, libertarians still disagree about whether to enforce the borders (as Ron Paul himself has long advocated) or let borders and nation-states dissolve in a boiling puddle of anarchic individualism.  Or both.

I see the Ron Paul Channel’s already gotten a great deal of right/left crossover press for its plans to post Ron Paul’s video interview of WikiLeaks editor Julian Assange, which I think is great and exactly the sort of “right and left meet in anarchism” interaction we need.  The interview might even be up today, but I’ll be damned if I can figure that out from either the site itself or any of the press accounts, some of which, like Time’s, manage to go on for hundreds of words without even giving the Channel’s URL.

This is not a conspiracy, just the latest in society’s now endless stream of reminders that almost nothing is user-friendly and that the press doesn’t try very hard to answer your most basic questions.  I suspect that if it did, we would see even more simple lists and bullet points than we do now, and I think, on balance, that might be OK.

But at least on Monday night a week hence, you’ll get your immigration questions answered.  For now: Happy Labor Day.
Posted by Todd Seavey at 10:04 AM