Well, this blog’s “Month of Reason,” much like Breaking Bad, has reached its end.  Both brought lessons about the futility of the war on drugs and a bit of glamor (sometimes simultaneously, as in the case of the fabulous premiere of the anti-drug war documentary America’s Longest War directed by Reason’s Paul Feine).

But speaking of glamor, the Reason crowd aren’t done being productive: In just over a month, you can read former Reason magazine editor Virginia Postrel’s new book, The Power of Glamour.  If reading the memoir of former VJ Kennedy is the omega of the past two decades of my relationship with Reason, then Postrel is the alpha, having used my roughly bimonthly humor columns in the mag back in the day for about two years, more or less my first professional post-college activity.

It’s also been fifteen years since her pivotal book The Future and Its Enemies, which helped popularize the idea that libertarians are the real progressives whereas the left and right are both change-fearing fraidy-cats, albeit about different aspects of society.  Back then, I may have been slightly more conservative, in part because I was still traumatized by having gone to Brown University, which I see is in the news again this month, in typically embarrassing fashion (as fellow alum Ali Kokmen has been known to lament), for hosting (likely non-glamorous) “nudity week.”

Don’t get me wrong: then as now, I was opposed to laws against public nudity, but Brown has a way of making you want to see hippies firehosed regardless.

Look, if they get naked on private property you can firehose them, right?  Aren’t the roads, for the time being, public property best subject to broadly-shared norms?  So there are plenty of places we could firehose the hippies -- but we must always respect their right to be naked on their own property or on the property of pro-nudity others.  All right, frankly, I’m not even opposed to hippies or nudists.  Just Brown, really.

Where was I?  Oh, yeah: Postrel.  I think she could also write a pretty good dialectical book called Grouchy vs. Optimistic.  If anything, she might be guilty at times of being overly optimistic, what with loving all those gadgets and things society keeps creating even when it grows more insane and depraved in various other ways (we’re all much more conscious now, for instance, of the fact that it’s both convenient and creepy that Google seems to be reading even my non-Google e-mail to come up with YouTube recommendations).

The libertarian tendency toward techno-optimism does arguably have some real risks: Would we be in the midst of divisive debate over Obamacare and the (all too temporary) government “shutdown” (more like partial reduction in activity), or “shutstorm” if you will, this week if free-marketeers hadn’t devoted so much time back in the 90s to saying things like “Most Americans are happy with their healthcare” when we should have been saying “Holy crap!  We need to get the government and the insurance companies that collude with them out of healthcare altogether before this system metastacizes!” and scrambling to reform the system?

I don’t know.  The causes of public opinion are ambiguous -- as I’ll discuss in an impending blog entry on a new issue of Critical Review on that very topic.  Perhaps constant comedic subversion -- “trolling” -- is more useful than serious policy analysis anyway.  If so, we should be delighted by the news that Jesse Ventura and uber-troll Howard Stern may this week announce their plans to be a presidential ticket.  (Stern was Kennedy’s biggest broadcasting inspiration, you know.  And so we come full circle.)


Meanwhile, in ostensibly more mainstream politics, like New York Times reportage about the NYC mayoral race, we get alarming news like this: 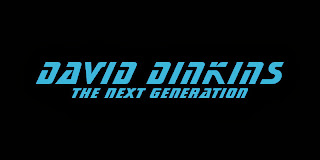 Mr. de Blasio became an ardent supporter of the Nicaraguan revolutionaries. He helped raise funds for the Sandinistas in New York and subscribed to the party’s newspaper, Barricada, or Barricade. When he was asked at a meeting in 1990 about his goals for society, he said he was an advocate of “democratic socialism.”

Now, Mr. de Blasio, a Democrat, describes himself as a progressive...

“Progressive” is what many stealth-socialists call themselves over here, the way some Brits called themselves Fabians a century ago, though saying such things seems to have cost me another Facebook friend -- “temporarily,” he says, though it should be interesting to see how that part comes true.  Since that unfriending, de Blasio has also alarmingly clarified his adherence to “liberation theology,” essentially a Marxist form of Catholicism.

And with that, it may be time to blog about an easily-overlooked Russian anniversary that’s coming up this week -- one more recent than the October 1917 Revolution.  In fact, another early-90s memory.  More about it on Thursday.
Posted by Todd Seavey at 8:20 AM

In 1994, Howard Stern packed the New York LP with his followers and won its nomination for governor, only to quit when it later became apparent he would have to open his finances to scrutiny. Will this time be different?