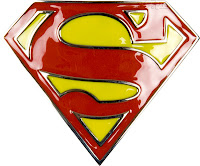 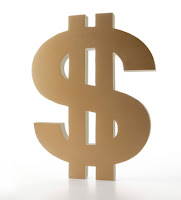 Most of my last eighteen tweets were about the Atlas Shrugged movie and Randian supermen, and when I was lamenting in the penultimate one that the movie might have been more fun if some dope like Zack Snyder did it, it didn’t even cross my mind that we will get to see Snyder depict supermen of a different sort next year, in the movie Superman: The Man of Steel.
Isn’t it an amazing and historic triumph of bourgeois American pop culture that the superman who matters the most, to the most people, nowadays is Clark Kent rather than the original amoral Nietzschean superman, George Bernard Shaw’s left-eugenicist superman, the Nazi fascist-eugenicist supermen, or the anti-altruistic Randian supermen (much as I admire the last kind’s regard for property rights – but then, altruistic Clark Kent spends a lot of time stopping theft and assault, too, when not taking orders from FDR).
Despite the occasional pacifist ignoramus thinking that the ethos of Clark Kent is “might makes right” (what a truly grotesque misinterpretation of his profound decency – and usually from people who think they’re too sophisticated to read comics), I will feel morally sound next month taking more joy (most likely) in watching the two-hour finale (May 13 at 8pm) of Smallville’s ten-season run than I did in the Atlas movie yesterday, or for that matter the play Man and Superman.  (Nietzsche, of course, remains an important guilty pleasure.)
P.S. Darkseid and the Anti-Matter Universe’s Lionel Luthor appear to be planning to resurrect Lex Luthor.  In any case, the finale will likely be more tension-filled than this CollegeHumor short from a couple years back about why Batman would seem lame if he really co-existed with Superman.
Posted by Todd Seavey at 10:16 AM