Dionysium, Tue. 6/11: Should Obama be impeached? 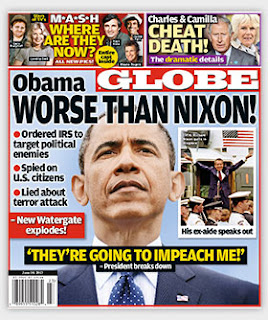 "Should Obama Be Impeached?"

Tuesday (not Monday!), June 11th, 9:30pm in the Muchmore's performance space, with abundant beer for sale (and sofas) for facilitating thorough audience Q&A on this very open-ended topic, at a pivotal time when people at varied points on the political spectrum see government credibility faltering.

Easily-visited Muchmore's is at 2 Havemeyer St. (on the corner of North 9th St.), a mere three blocks east of happening Bedford Ave., which is the very first L subway stop after Manhattan.

P.S. The 9:30 debate at Muchmore's kicks off a trilogy of big topics climaxing one year of the Dionysium in Williamsburg: power (Obama et al) on 6/11, sex (evolutionary psychology) on 7/9, and money (Bitcoin) on 8/12, so join us for all three.

P.P.S. On 6/11, you may well be considering making a full night of it by checking out the latest science-themed talks by the Empiricist League at nearby Public Assembly (70 N. 6th), that same night at 7pm (my friend Charles Blake will be amongst those discussing what scientists, as opposed to Doctor Who writers, really say about the nature of the timestream, a once in a lifetime event...or is it???).

P.P.P.S. And regardless of what side of the political fence you're on, by the way, if you want to buy, sell, or rent a place, mention my name to Atlas Real Estate New York via the following e-address and you can get a "politically aware discount" from my friend Lauren Weiner there, who has ten years experience in this sort of thing: apts@atlas-ny.com
Posted by Todd Seavey at 11:21 AM

I would greatly enjoy an audio recording of the event. Thanks in advance ;-)