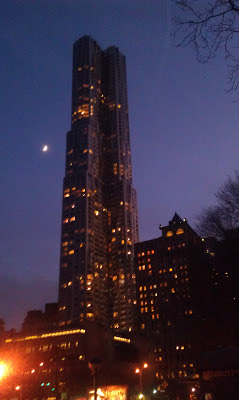 •If you think yesterday’s blog entry (about Katie Pavlich’s book alleging the government made no serious effort to track the guns sold in Operation: Fast and Furious) was unsettling, consider  the darker theory pushed by Steven Hager writing in the January 2013 issue of High Times (I may be moderating a panel featuring one of their editors).  He argues that Fast and Furious seems to have been merely a case of the U.S. trying to aid one drug cartel against another (specifically, the Sinaloa against the Zeta).

Perhaps no (legal) takedowns of anyone, then, were intended, just a choice between evils that makes voting Democrat or Republican look like a pleasant task.  Meanwhile, beauty queens being tight with drug gangs in Mexico, Miss Sinaloa’s death is being reported this week, as is the murder of a heroic and repeatedly-targeted mayor (and mother) who resisted the drug cartels.

Legalize – not just in Colorado and Washington State but everywhere – and this carnage, far more damaging than drugs themselves, ends.

•In the meantime, who needs Red Dawn when we have a real war on the Southern border?

Nonetheless, I saw that goofy-but-enjoyable film this week, along with the vastly superior Argo, which is probably the best movie of the year – and close to my heart, since I was one of the kids who read and believed the publicity back in 1980 for the sci-fi movie that the CIA was pretending to produce in order to move in and out of Iran.  Though it’s not mentioned in Argo, they even hired comics artist Jack Kirby back in the day to help plan god costumes and designs for an amusement park, basing it all on the great Roger Zelazny novel Lord of Light, which is actually Hindu-influenced rather than Iranian-influenced.

Speaking of which, in a sign of how much times have changed since the original Red Dawn, the group I saw the remake with included a libertarian Indian immigrant and a couple guys, one a gung-ho Wall Streeter, who (really) train with guns and bows more because the U.S. government makes them nervous than because they fear the North Koreans (or whoever).  More strangely, it looked at one point as if we might be joined by a Russian-born ex-broker who now works for the U.N.  I’m not sure she even saw the irony.

•Comparably politically eclectic is the cast of characters from Occupy Wall Street who Bobby Black describes meeting in that aforementioned January 2013 issue of High Times.  The movement began in downtown Manhattan (mere blocks from the tall, twisty new Frank Gehry skyscraper seen nearby in a pic I took), but as Black explains, by July 4, 2012, ten months later, it had convened a faux constitutional convention in Philadelphia (about two hours away).  And they weren’t all just Marxist hippies.

Black, with a mixture of amusement and pride at being a participant, describes the stubborn, wheelchair-bound but admirably anti-Americans with Disabilities Act libertarian named Robert he met, as well as a self-proclaimed dreds-wearing “conservative” named Kronos (not to be confused with the giant invading alien machine Kronos).  Kronos was angry that conservatives’ desires weren’t part of the Declaration-like agenda put together in Philly.  Bobby argued with him at one point, defending the status of his own faith – Wicca – as a religion, leading conservative Kronos to confess he is himself a pagan, helping them to bond.

On that bridge-building note, let us look forward to similar lessons in coexistence in the form of a few book and film entries during December, which will be a “Month of Dogmatism” on this now lower-frequency but still wise blog.
Posted by Todd Seavey at 3:07 PM

Email ThisBlogThis!Share to TwitterShare to FacebookShare to Pinterest
Labels: Book Selections, Culture, Politics, Sci-fi and such