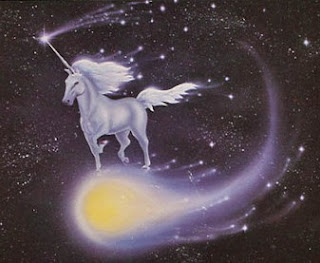 Here are my apologies to seven distinct groups, in descending order of nobility, prior to me taking a big vacation from the Internet, political squabbling, and other time-consuming activities, commencing right after the election.

1. I apologize to Manhattanites, who are more reluctant to take the L subway one stop into Williamsburg than you might think, despite its obvious hip allure.

Nonetheless, the DIONSYIUM could use a couple more politically-active panelists for our fast-approaching Mon., Nov. 12 (9:30pm) post-election panel (we could use a mainstream, Romney-boosting Republican right now, and a Greenish or Progressive leftist too far left to vote for Obama might be interesting), SO E-MAIL ME NOW (at gmail with a dot between my first name and correctly-spelled last name) IF YOU CAN VOLUNTEER TODAY.

I would like to resist the temptation for the libertarians to just argue among themselves, though we certainly can.  In fact...

Still, sadly, you could create a fuller taxonomy of libertarian types that was defined largely by each faction’s obvious errors.  One way to put it would be to say:

In truth, of course, libertarians do not have friends.  The principled-non-voter libertarians may come closest to understanding this, though they sometimes have imaginary friends (and enemies).

Seriously, though, if those of us voting Gary Johnson today help keep Romney from the White House, it will be interesting to see if we retain any friends at all, though we’ll at least get some publicity and possibly tee up a far more consequential Rand Paul 2016 run.  And indeed, I think Rand Paul’s improbable but promising coalition of Tea Party, libertarian, Republican, paleoconservative, and antiwar folk may, for all its imperfections, be the most promising route to (eventual) victory since the late lamented Reagan coalition that shaped my teenage mind.

Of course, if Romney wins, the more moderate and mainstream fiscal-conservative approach (rather Reagan-like) may carry the day.  If he does not, he almost immediately becomes as irrelevant as McCain – and the infighting begins in earnest.

I’ll say this for Mitt, though, whether he is poised for an exit or a first term in the Oval Office: his opponents have mainly gotten traction by painting him as an icon of the dreaded “1%,” but sooner or later everyone across the political spectrum is going to have get better at understanding and articulating the fact that the real wealth of the 1% is not their stuff – nor is that what we should be trying to spread around to the masses – but rather their habits, which (no matter how stupid these people may be individually, and many are) are the real keys to wealth production – and are fragile social practices that can be destroyed through bad incentives such as teaching people that governmental pull, not entrepreneurial creativity, is the route to success.

We owe it to humanity to teach everyone to act rich, crudely put – and not to teach the rich to act like welfare recipients instead.  Civilization is not a place or a heap of stuff.  It’s a set of practices – including rights and commerce.  If we destroy those practices, we’re going to starve and die.

3. I apologize to writers.  Perhaps I should be honing my craft, as once-central liberal-tarians Will Wilkinson and Kerry Howley have semi-exited politics to do, perhaps wisely (though they are among a few acquaintances of mine to praise an essay about writerly inspiration that was decorated with the comet-riding unicorn seen above, which is dismaying).  To compensate for obsessing over politics more than art, I hereby offer one small piece of advice for writers, to help elevate the craft:

HINT FOR WRITERS: Please don’t create a movie, book, or TV series based on the premise that a mysterious Event occurs that will take many seasons (or the full length of the film) to understand and in the meantime leaves a small, random assortment of seemingly-ordinary people superpowered, amnesiac, stuck on an island, or otherwise cut off from the rest of society while pursued by a mysterious government, corporate, or occult conspiracy.

4. My apologies to BIGFOOT if he exists.  Indeed, while I am a skeptic and do not believe in any paranormal or supernatural phenomena whatsoever, I’ve long said that if one such phenomenon turned out to be real, Bigfoot would in some sense be the least shocking, since a big damn ape at least wouldn’t require rewriting physics or anything (the way a God or telekinesis certainly would).

But turning from the hard facts to the psychology of such things for a moment: why, why, why would anyone watch a video like this and think that “Guy in a black jacket stands up” is a less likely explanation than “Honest-to-gosh mythical man-ape is captured on (another surprisingly crappy) video”?  They should do psych tests where they prime people with different narratives including “Watch this footage of a guy in a black jacket standing up” or for that matter “Watch the people freak when this bear gets up on its hind legs” and see whether anyone still leaps to “Bigfoot” as the likely explanation.

5. My apologies to everyone with whom I’ve fought over questions such as how hard unions suck, and in your honor, here’s one of my favorite Blondie videos, for “Union City Blue.”

6. My apologies to perverts.  I know it can’t be easy.  It has to be confusing being a pervert and/or feminist at this juncture in history, with so little left to combat in the way of tradition.  Indeed, it’s been left-wing pervs in each of the past few decades – think of Madonna, Gwen Stefani, Lady Gaga – who’ve depicted themselves handcuffed, etc., and been coldly callous about sex.  But then feminists blame conservatives for these sorts of brutal attitudes, even though conservatives are usually encouraging very different sorts of activities, such as chaperoned dating, avoiding premarital sex, or sending Valentine’s Day cards.

If something creepy is happening, it has to be the right that gets the blame, in short, no matter how complicated the Mobius strip that redirects the blame there.  I can only imagine the tensions that must exist within the mind of the average burlesque performer in this town.  But I shouldn’t.

7. My apologies to all the non-human species I find so little time to write about, like my family’s recently-deceased cat Pepper, the cats beloved by some of my anarcho-capitalist friends, and that doggy burned to a shadow-like smudge by downed electrical wires during hurricane Sandy.  At least during the past year and a half of Facebook and Twitter use (which I’ll now largely curtail in favor of book-writing, air conditioner repair, or some other more substantive outlet), I did find time to link to many cat videos.  Here’s a kitty climbing a chair, and he shows the potential to become as curious, bold, and clumsy as Pepper himself.
Posted by Todd Seavey at 10:16 AM