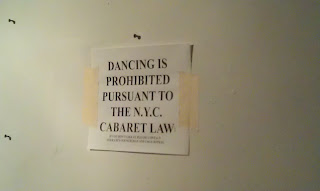 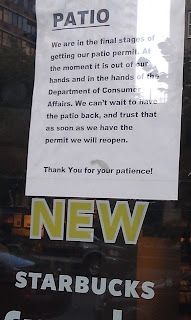 •For a mere seven bucks, even aloof Manhattanites could easily take the NJ Transit Train from Penn Station to the Montclair State U. stop on Thursday (Oct. 25).  Why do that?

Because at 7pm in University Hall Room 1070, I’ll moderate a debate between a conservative, a leftist, and a libertarian professor under the auspices of the Young Americans for Liberty: Dr. David Tubbs, Dr. Grover Furr, and Dr. Yuri Maltsev, respectively.  It will address issues far more philosophical than what you’ll hear from, say, Donald Trump.

•After several years of debate-moderating, I will of course be neutral and fair – though in the interests of full disclosure I should note that Dr. Furr has denounced one acquaintance of mine from my college days, Tim Snyder, since Dr. Furr argues that massacres under Stalin, about which Snyder has written to great acclaim, were greatly exaggerated (a recent piece on the popular leftist site Counterpunch made a similar argument).

On the bright side, as I’m sure many have noted, Grover Furr – in addition to being a medievalist and a McGill alum – sounds kind of like a Muppet, which may itself be a more timely issue.

•On a more serious note, my own pick for biggest issue that somehow slipped under the radar for the past few months is the January 2013 budget-cutting deal, now commonly referred to as the Sequester and just beginning to become a source of rhetorical contention, since politicians would no doubt like to take credit for the good parts and deny responsibility for the bad parts of this almost-unplanned but potentially very helpful development.

I have quietly long been in favor of the Sequester slipping under the radar, by the way.  Let whoever’s president in a few months spin budget-cutting as a good thing that’s all part of his master plan, I say.

•By the way, the two photos nearby show how difficult it can be for your humble moderator to avoid the issue of regulation even when he wants to: Muchmore’s (where last night’s Dionysium was, as usual, held) must now post a sign warning patrons it is illegal to dance there – hardly a very Dionysian development – and the Starbucks closest to your humble moderator’s home had to remove its popular and unobtrusive outdoor seating pending regulatory review.

Someday, in a Nietzschean fashion that renders all the old right and left labels irrelevant, humanity may just shrug off all the controls.  Until then: see you in New Jersey.
Posted by Todd Seavey at 12:07 PM