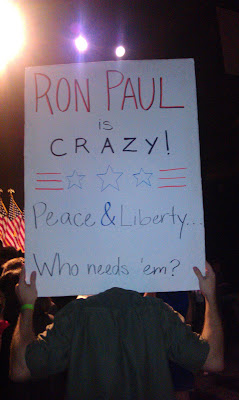 If Perry’s a bit like Bush II, Romney’s a lot like Bush I – basically a Rockefeller Republican, that is – which has its pluses and minuses (basically, focusing the GOP on econ is the plus, and getting econ wrong is the minus).  His resemblance to Bush I was noted in the piece “Mitt Romney, Hypocrite,” the Saturday 26, 2011 entry on Roger Stone’s site.  And, conservatives, if you think resemblance to Bush I is a good thing, consider this passage from the Stone piece:
Romney reminds me of George H.W. Bush who, after being elected President, took the National Review magazine off the coffee table and threw it in the trash replacing it with the Yale Alumni magazine saying “We don’t need this shit anymore.”
PALESTINE: Is Rosh Hashana an appropriate time to say that, much as I sympathize with Israel, I do not understand how squelching the Palestinian bid for statehood helps anyone?  Is there any better long-term solution?  What am I supposed to have thought the plan was?  (This is in no way an endorsement of Palestinian dreams of ousting Jews from either Palestine or Israel itself, I must hasten to add.)
Posted by Todd Seavey at 6:09 AM