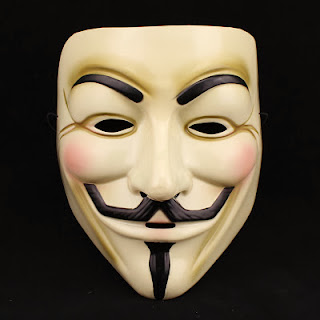 1. I’ll “remember, remember” that today, the anniversary of Guy Fawkes’ attempt to blow up Parliament, has become a day beloved by anarchists -- but just for the heck of it, I’ll also vote.  In particular, I must cast at least a protest vote against the apparently unstoppable self-proclaimed social democrat and liberation theology admirer BILL DE BLASIO, the de facto ex-Sandinista all but certain to be NYC’s next mayor, almost as if 1989 never happened.

But, hey, 100 million dead at Communism’s hands in the twentieth century isn’t just a lesson that de Blasio failed to absorb back then -- it’s a lesson that the Catholic Church, which played an important role in Communism’s collapse, still doesn’t understand today.  All signs point to the Church being on the verge, under its quirky new Pope, of planning an explicit (pseudo-)moral onslaught against global finance capitalism, as if it weren’t bad enough that capitalism is already opposed by such secular forces as government and, well, half of the finance capitalists themselves.

Also: I think my Proposition votes must be: yes on 1, no on 2 and 3, yes on 4, no on 5, yes on 6.  Ideally, of course, there would no government and thus no voting at all.  Consider today’s voting more of an intellectual exercise than an endorsement of an incoherent concept like “self-governance.”

2. It’s sad that de Blasio’s major-party opponent Joe Lhota will go down to defeat not just as some fascist apparatchik but (broadly speaking) as a “socially liberal, fiscally conservative” Republican of the sort one might expect to fare well if there were a snowball’s chance in hell of this town ever electing Republicans again.

I’m also pleased to see him criticizing Harry Belafonte (for likening the Koch Brothers to the KKK), though this will probably end up being spun by the victors as evidence that Lhota is not as inclusive as de Blasio’s half-black family or some other such nonsense.

3. One company fleeing NYC (for Burbank, CA) is DC Comics, likely taking my pal Scott Nybakken and many others westward in the process.  DC are also the creators of those V for Vendetta Guy Fawkes masks that have become symbols of protest the world over.

4. And remember, the use of those masks as protest symbols was started thanks in part to me, according to this Wikipedia passage.  I admit that unlike the left-anarchists protesting that day, my group got its V masks from a Time Warner publicity staffer, but our political sentiments were real and preceded the masks.

In any case, I will endeavor to live up to my historic responsibility to keep the libertarian message anarchist, to keep the anarchist message property-rights-respecting, and to keep my fingers crossed that Jaimie Alexander is playing Wonder Woman in the Batman vs. Superman movie in 2015.

5. The property rights point isn’t just bourgeois social conservatism.  It’s the small legal “personal forcefield,” if you will, that enables people in a governmentless society to act freely and plan their lives and trade -- the simplest, most decentralized rule by which to allow social order without forcing the whole world to listen to one big Occupy “general assembly.”

But many people, when they hear the word “anarchy,” picture something more like this new Call of Duty ad featuring Megan Fox.  Not that that isn’t awesome in its own way.

6. Of course, Guy Fawkes isn’t really an accurate representative of anarchy either.  He was a vengeful Catholic radical, not an anarchist.

Similarly, I can’t help wondering if James Poulos is more Catholic radical than libertarian, when I see his recent piece for Reason implying Banksy (the street vandal for whom a couple other libertarian friends of mine display an excessive fondness) is an embodiment of “divine grace” and as such, I guess, gets to violate property rights in NYC.  I don’t think so.

7. Comedian and all-around wacko Russell Brand might be the biggest threat to Parliament at the moment, since his banal call for socialist revolution and the abolition of profits in a recent video interview seems very popular online -- even (once again) with some confused or reckless libertarians, such as Patri Friedman.

I sometimes think I’m the only person fighting for your property rights.  It’s bad enough the liberals aren’t for free markets, but neither are the conservatives, and now I’m starting to wonder about some of the libertarians.  For now, I guess the term anarcho-capitalist remains safe, though given the historical connotations of the prefix and the origins of the root in that term, it’s a bit like one of those left-wing efforts to reclaim negative terms, like calling oneself a proud “slut-dyke” or something.

(An aside on the use of “slut,” by the way: I hope I’m not the only one left who’s sane enough to see that there’s something strange about now living in an era when you are considered an ardent feminist for encouraging underage women to have parades in skimpy outfits in which they call themselves “sluts” but are considered a proponent of “rape culture” if, say, you tell pedestrians “Take care -- there are reports of a rapist in the area!”  Insanity is almost considered a virtue now.  However, I will do my part for gender equality by linking to this purportedly real amusing/disturbing online reminder that men are not the only ones who can turn into crazy stalkers.)

8. Speaking of the ladies, I'll tell you what the Progressives will say when they are finally forced to admit Obamacare is awful, since tactics and the next election are all they really care about: They’ll just say getting Hillary into office is now the key to making it all better.

9. But before figuring out the future of Obamacare, check out the origins of its flaws, ably and succinctly summed up by Mark Cunningham here.

10. As the establishment increasingly boosts Hillary, they'll also find time to repeatedly attack the one man likely to be able to mount a credible philosophical challenge to her in the 2016 presidential race, Rand Paul.  Already, they are attacking him for things as petty as using Wikipedia summaries to describe movies (I thought that was what it was for) and for repeating findings from thinktanks (who were probably delighted -- that’s pretty much what they’re for).

You know a politician has quietly had a target symbol painted on him by the establishment when things that no one cares about when others do them are suddenly regarded (as Upworthy might put it) as SHOCKING FAILS(!) when he does them.  I would rather be casting a vote for him today, though of course elections alone are not the solution.

11. More important than shuffling who runs the state is
teaching the populace why the state will always be a menace as long as it exists, as Ilana Mercer does nicely here with the immense teaching opportunity that is the Obamacare disaster (in a piece pointed out by Gerard Perry).

12. More broadly, it’s important to teach the Progressives that crony capitalism is what they’ve been fighting for for 100 years without fully realizing it, each time they entwined big government and big business via ever more regulation.  They really need to stop doing that.

13. And denouncing big centralized government is by no means an effort to let local tyranny off the hook.  As this piece explains, there are regions of the U.S. that never got the Reagan-era message that taxing and spending impede the economy.

14. In fact, liberty is beset on so many sides (and on so many levels) that despite my anarcho-capitalist grousing above, I know we’ll need the help of a libertarian “big tent,” and Matt Pritchard rightly notes that it’s nice to see the often left-leaning Bleeding Heart Libertarians site taking a moment to laud Rothbard recently.

That’s a step in the right direction (not that Rothbard wasn’t all over the map himself), in a world where we’ll need everyone from Power of Glamour author Virginia Postrel to the folks at American Spectator even to make a dent in the immense and far more popular statist opposition.  I’ll redouble efforts to be tolerant.

15. Ultimately, I think liberty, though opposed around the world, will always also have allies around the world.  After all, we face the same problems as other nations that have the misfortune to be governed -- such as Russia, where it appears they’ve sent the hottest member of Pussy Riot, Nadezhda Tolokonnikova, to one of the coldest parts of the country: a prison in Siberia (without alerting her family to the relocation or her condition).

16. And we can discuss all manner of governmental and religious crusades against individual free spirits when I moderate a debate on modern puritans, Monday next week (8pm) at Muchmore’s in Williamsburg -- and the next day I have jury duty.
Posted by Todd Seavey at 1:42 PM