A Trio of Music-Related Items for Your Christmas List 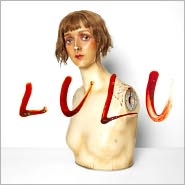 •There’s a new Kurt Loder book out today – a collection of movie reviews called The Good, the Bad, and the Godawful by the Reason-affiliated veteran of MTV News.  (Full disclosure: I bump into Loder occasionally at libertarian events now, have written for Reason, used to work for the publisher St. Martin’s Press, and am more or less in love with the former MTV VJ Kennedy, but nothing ever impairs my objectivity anyway.)
•On a stranger and more overtly music-oriented note, there is also technically a new Sandy Denny album out this week, or at least unreleased lyrics by the deceased folk rocker are being performed by still-living singer Thea Gilmore.  Sandy Denny as a voice from the past makes a certain sense, since she was sort of faux-medieval (and was brought to my attention by a traditionalist non-hippie who was one of the participants in last night’s inaugural gathering of the relaunched America’s Future Foundation NYC, in fact).  It’s not too late to use Sandy Denny in the end credits of a Tolkien movie (the Hobbit films are out in 2012 and 2013, and I bet Kurt Loder will like them).
•Not quite a mashup of the living and dead – but odd – is the Metallica + Lou Reed project called Lulu.  A friend of mine says he respects both halves of Lulu for risking this experiment at this stage in their careers, with each having so much cred to imperil in rather different musical subcultures – but says he prefers Megadeth anyway.
Posted by Todd Seavey at 10:37 AM