1. Nearby, you can see my photos of Tibbie X and her new band Gash... 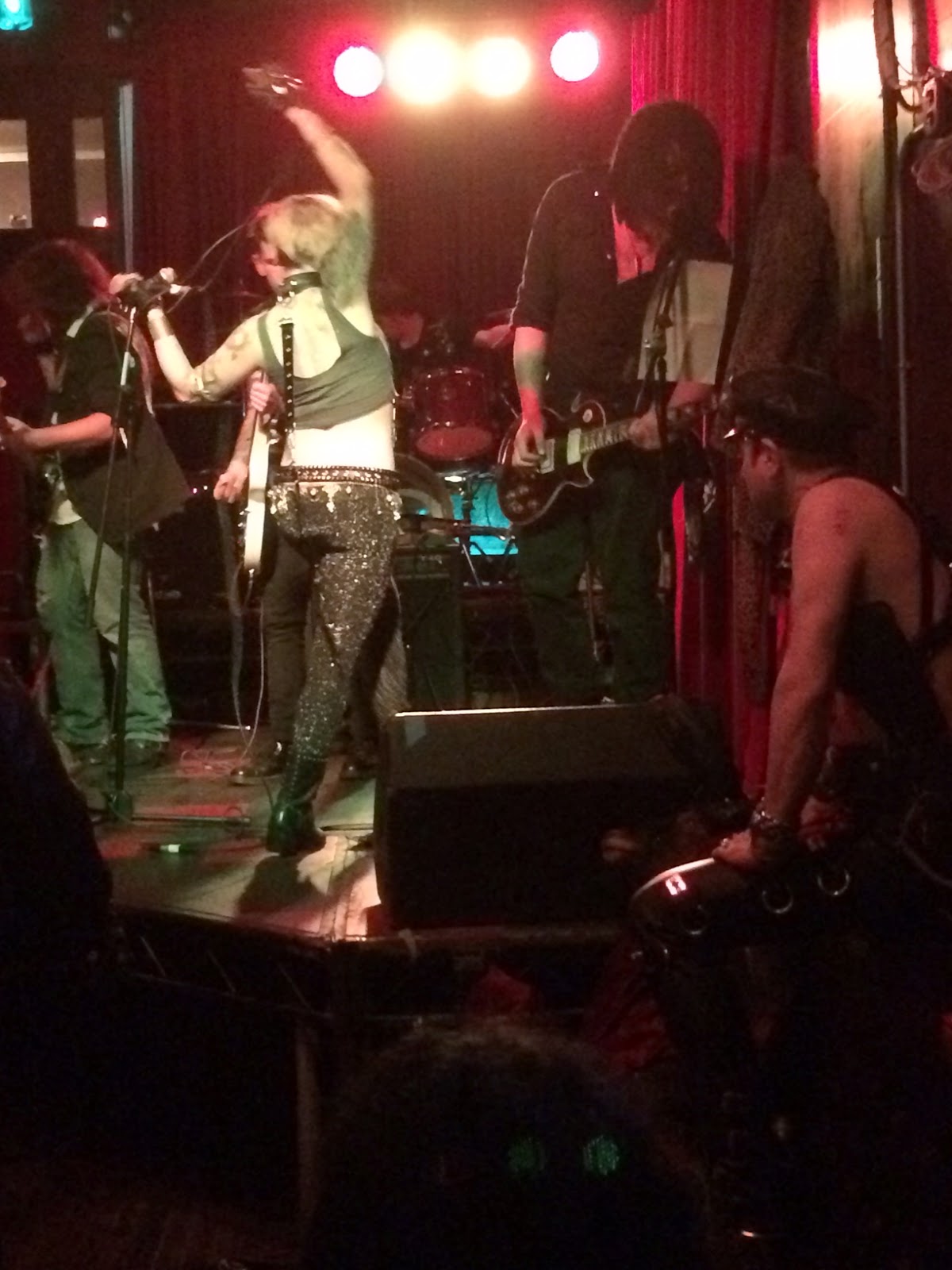 2. …as well as some other wacky recent events I attended (and graffiti I’ve seen), including Jessica Delfino’s CD-release performance near a discarded piano on the East River, which I noted in an earlier entry.

3. Or for more professional and (arguably) historically-significant pics, check out Chris Stein’s new book, Negative, out today, full of Blondie pics from back in the days when he co-founded the band. 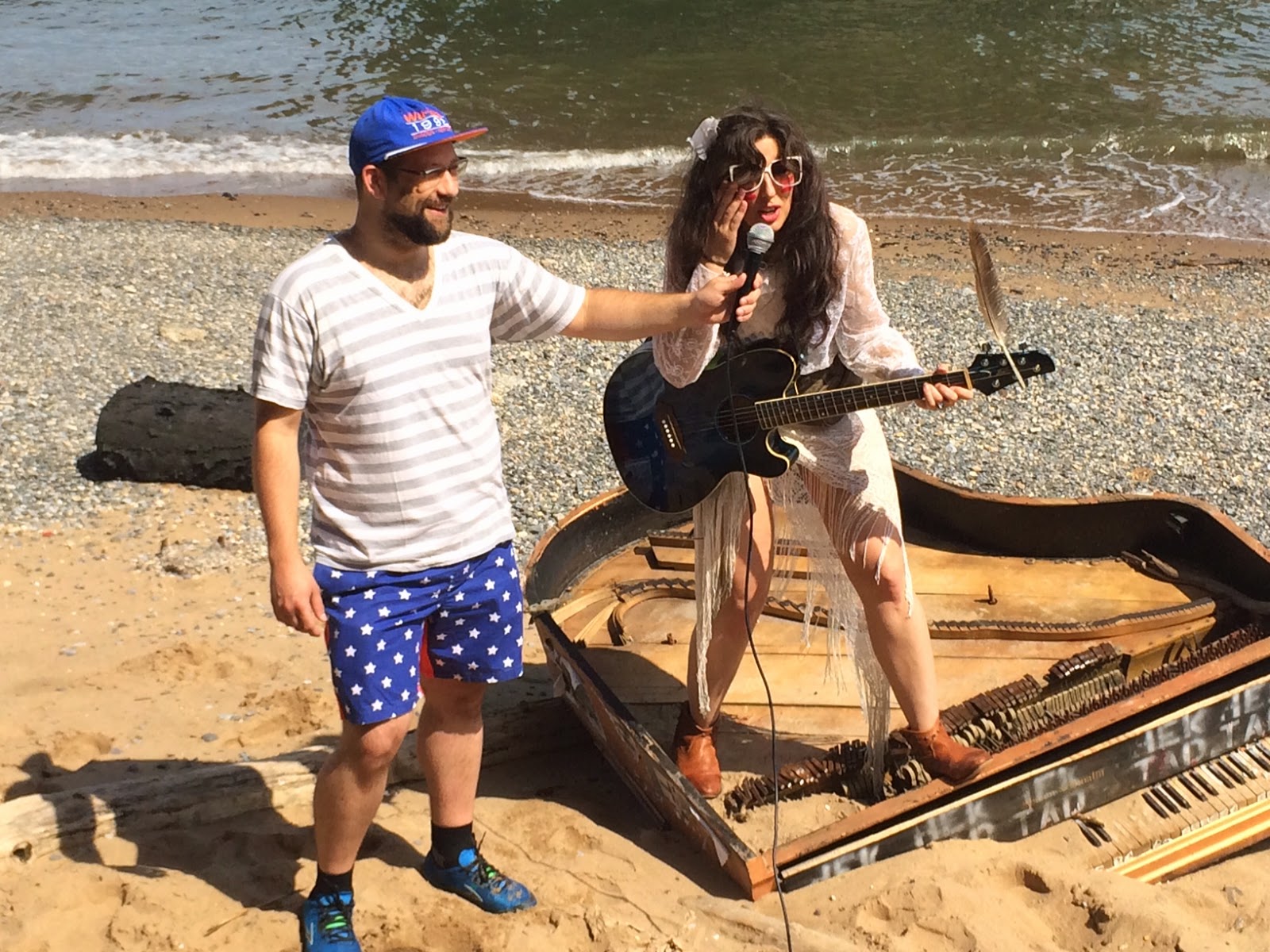 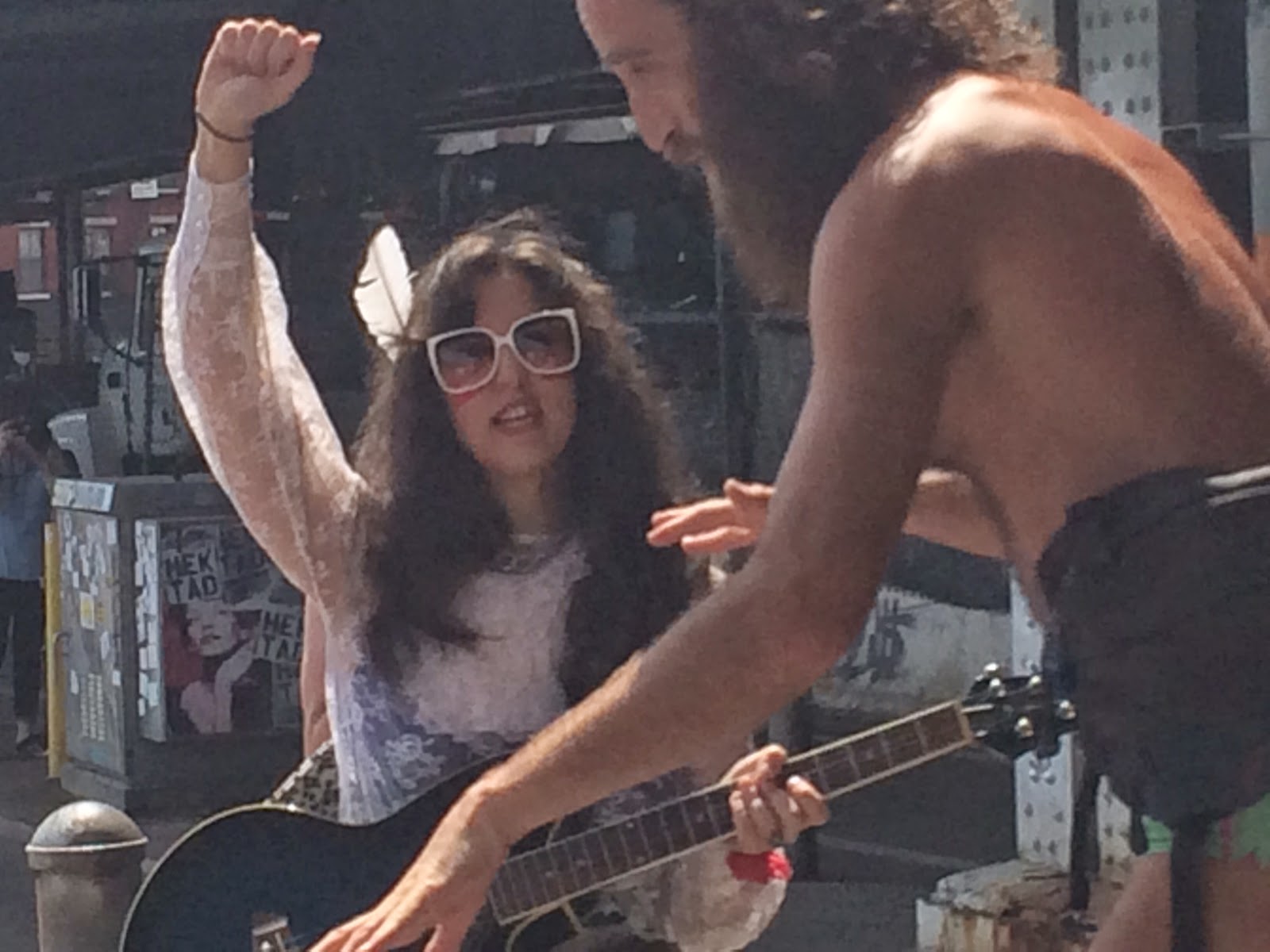 4. Then tonight see science lectures about “Creativity,” hosted by my friend Lefty Leibowitz, who once opened for GG Allin, I kid you not.

5. Or, also tonight only, see the documentary David Bowie Is, chronicling the creation of a museum exhibit about David Bowie.

6. Then you might check the news regarding today's scheduled sentencing of documentarian Dinesh D’Souza (who I hope, despite his fishy contributions to a Senate campaign, will not end up a “punk” in the prison sense). 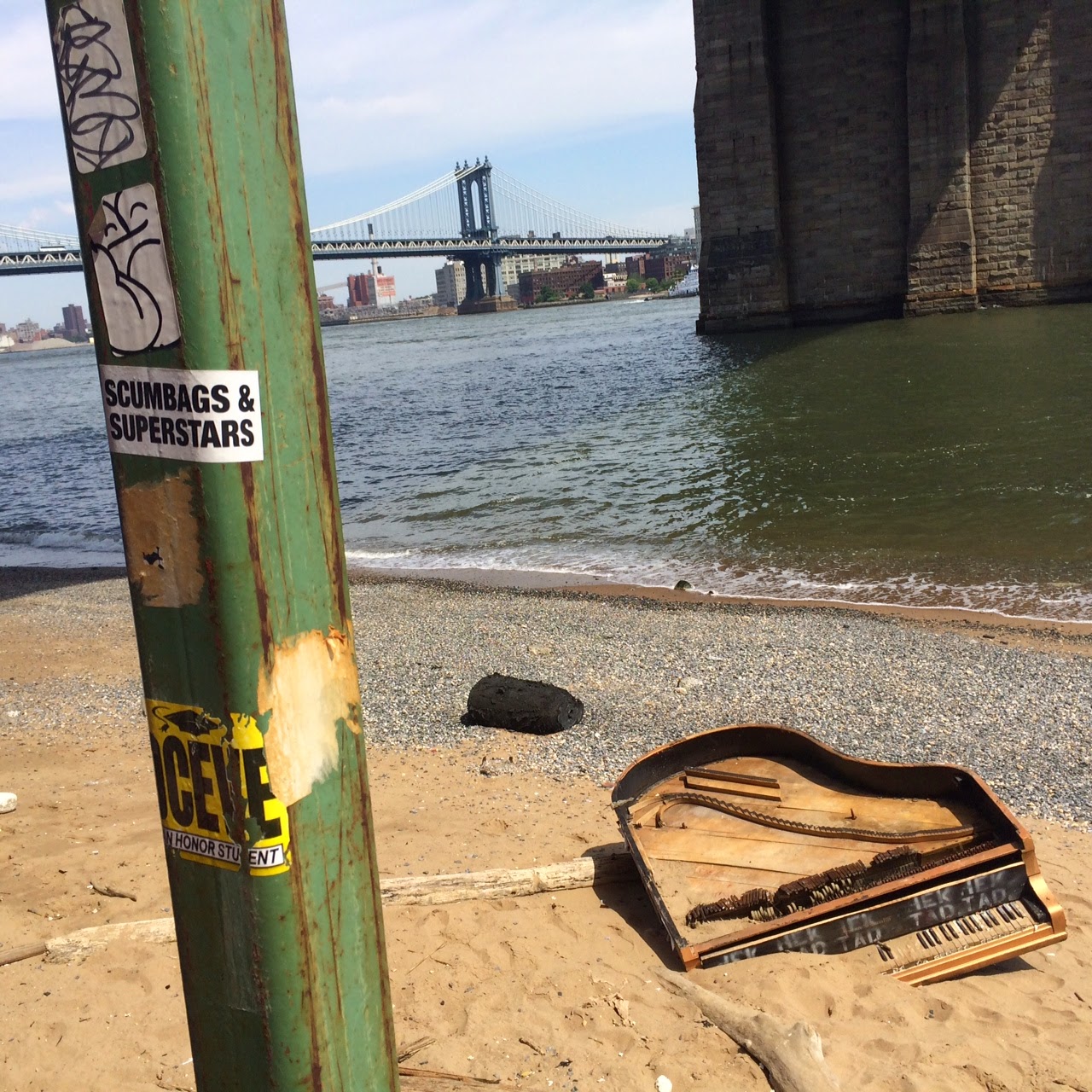 7. And tomorrow night (Wed. the 24th) at Bowery Ballroom, see fey indie band Pomplamoose (and I may join you), though I think they’re still struggling to decide whether they think the lead singer is hot or just ironic (h/t Rob Szarka). It’s OK to be both, but make up your minds or it’s just more awkward for everyone.

8. That's bound to be more fun than the life of debt-saddled former Veruca Salt member Gina Crosley-Corcoran, who now wonders if people will pay for her advice and is being mocked for it on other sites (h/t Jackie). 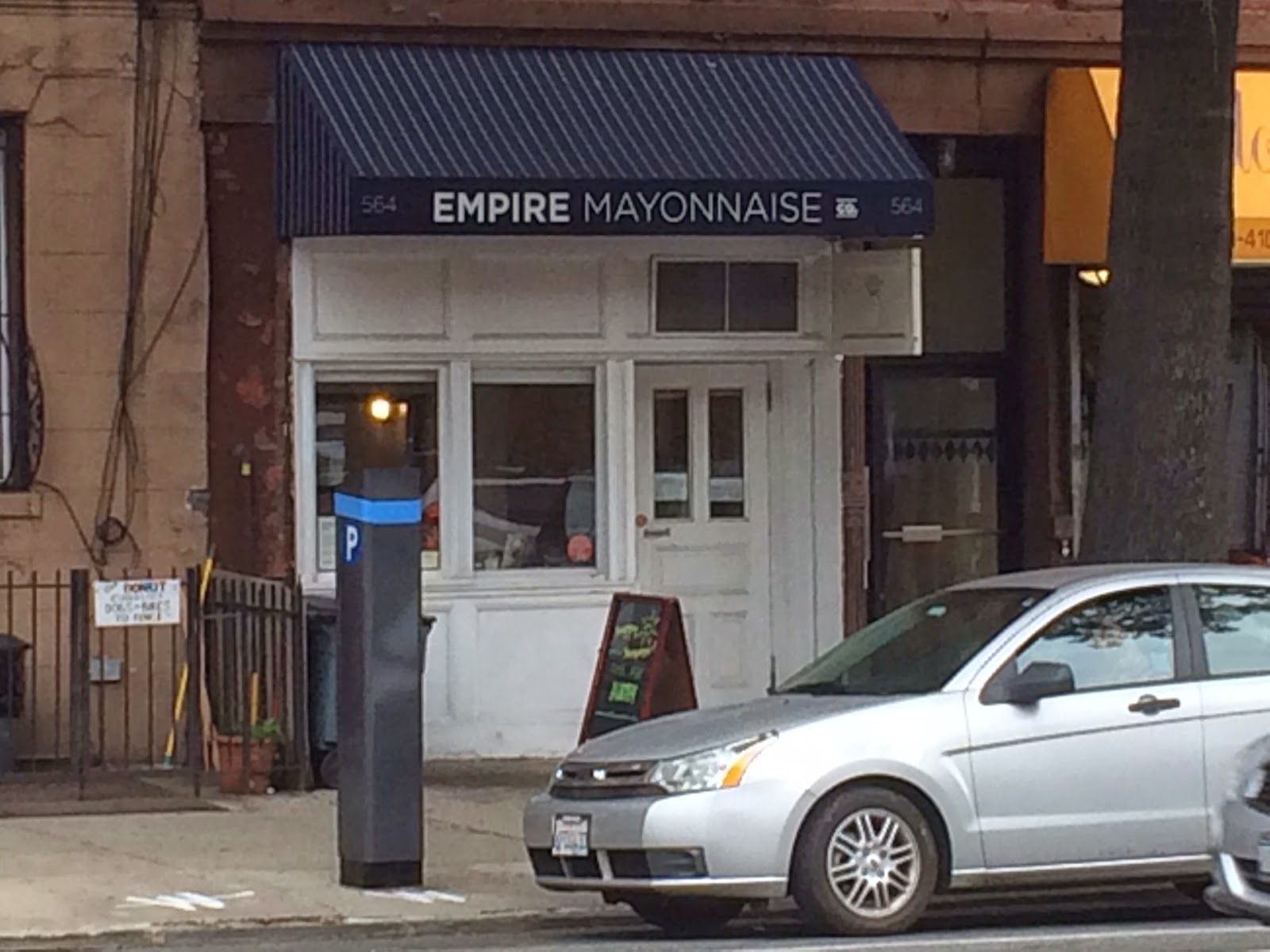 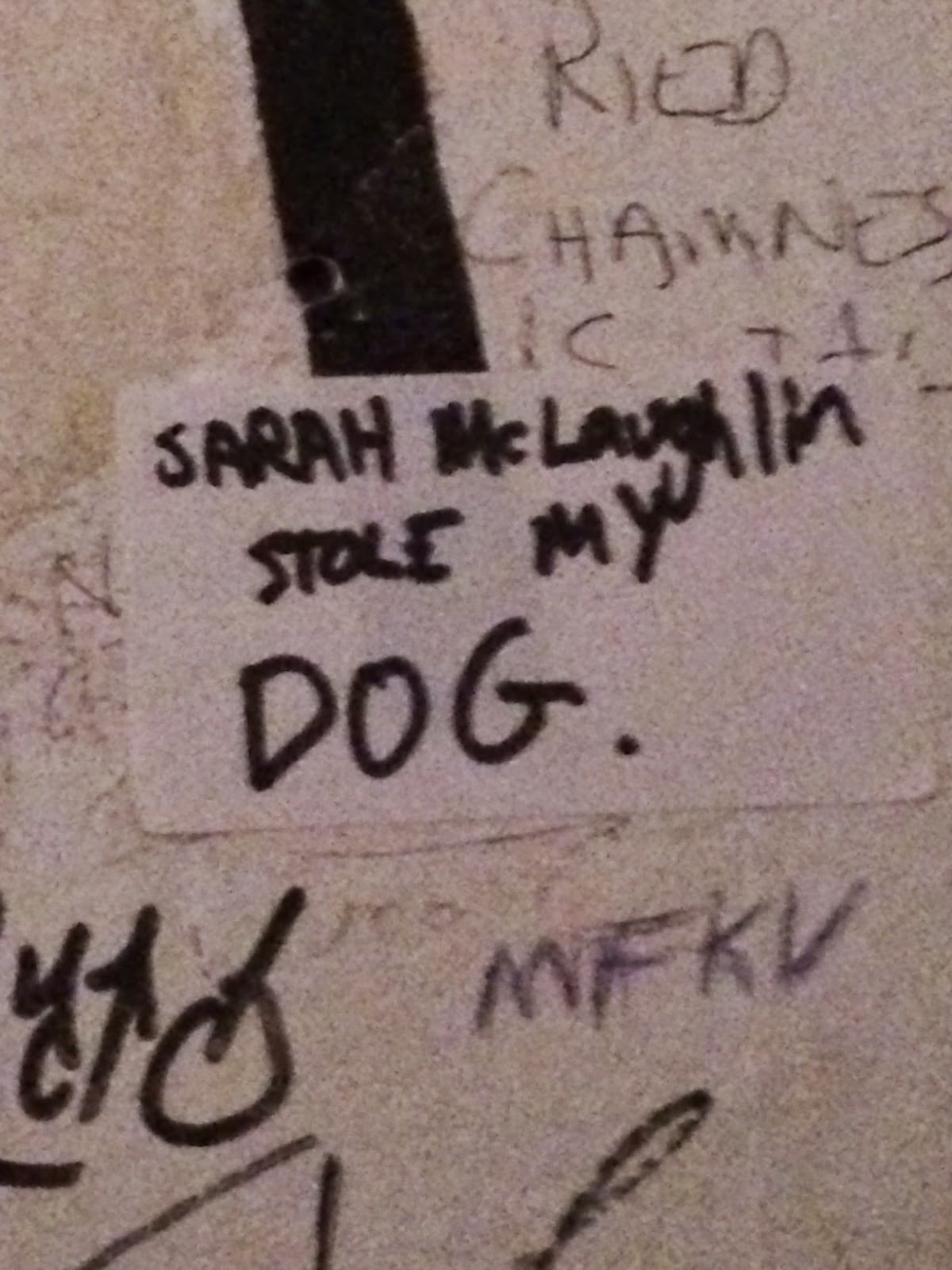 9. I vowed last week I’d post this on Facebook if Scotland fissioned off from the UK: “In a Big Country” by Big Country (the first song I ever did in karaoke, not to be confused with the song I’ve done most often in karaoke, also by a Scottish band, Simple Minds’ “Don’t You Forget About Me”).  But since Scotland stayed, I posted Scottish (and then very young) Annie Lennox and Dave Stewart with their pre-Eurythmics band the Tourists, imploring “I Only Want to Be with You.” 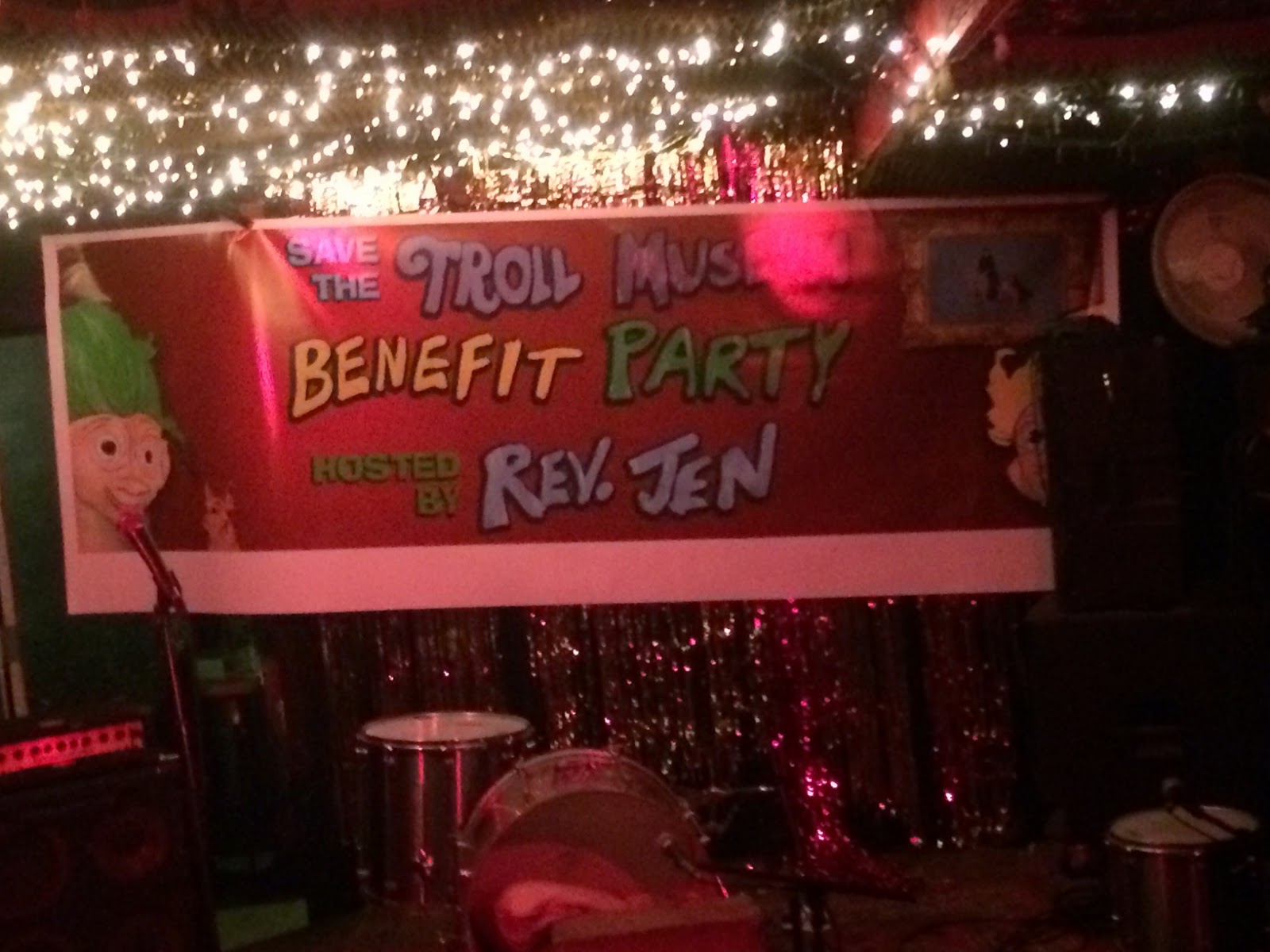 10. As libertarian and Free State Project member Jason Sorens explains in the Washington Post, though, that needn’t prevent New Hampshire from fissioning off and becoming its own country, which would make the revelers at PorcFest, my hundred year-old grandmother, and the pile of rocks that is the remnants of the collapsed Old Man of the Mountain true political pioneers. Now that’s alternative rock! 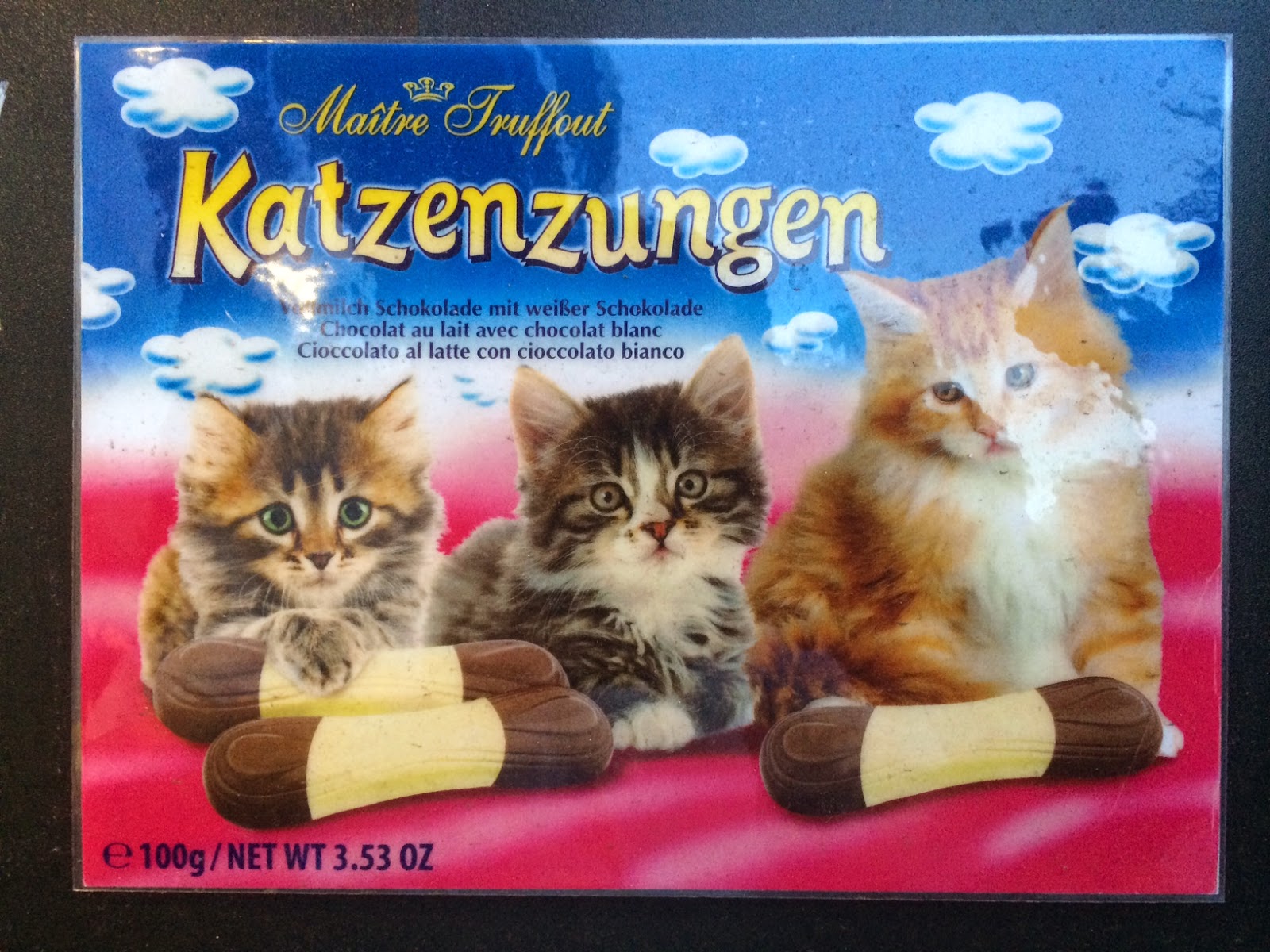 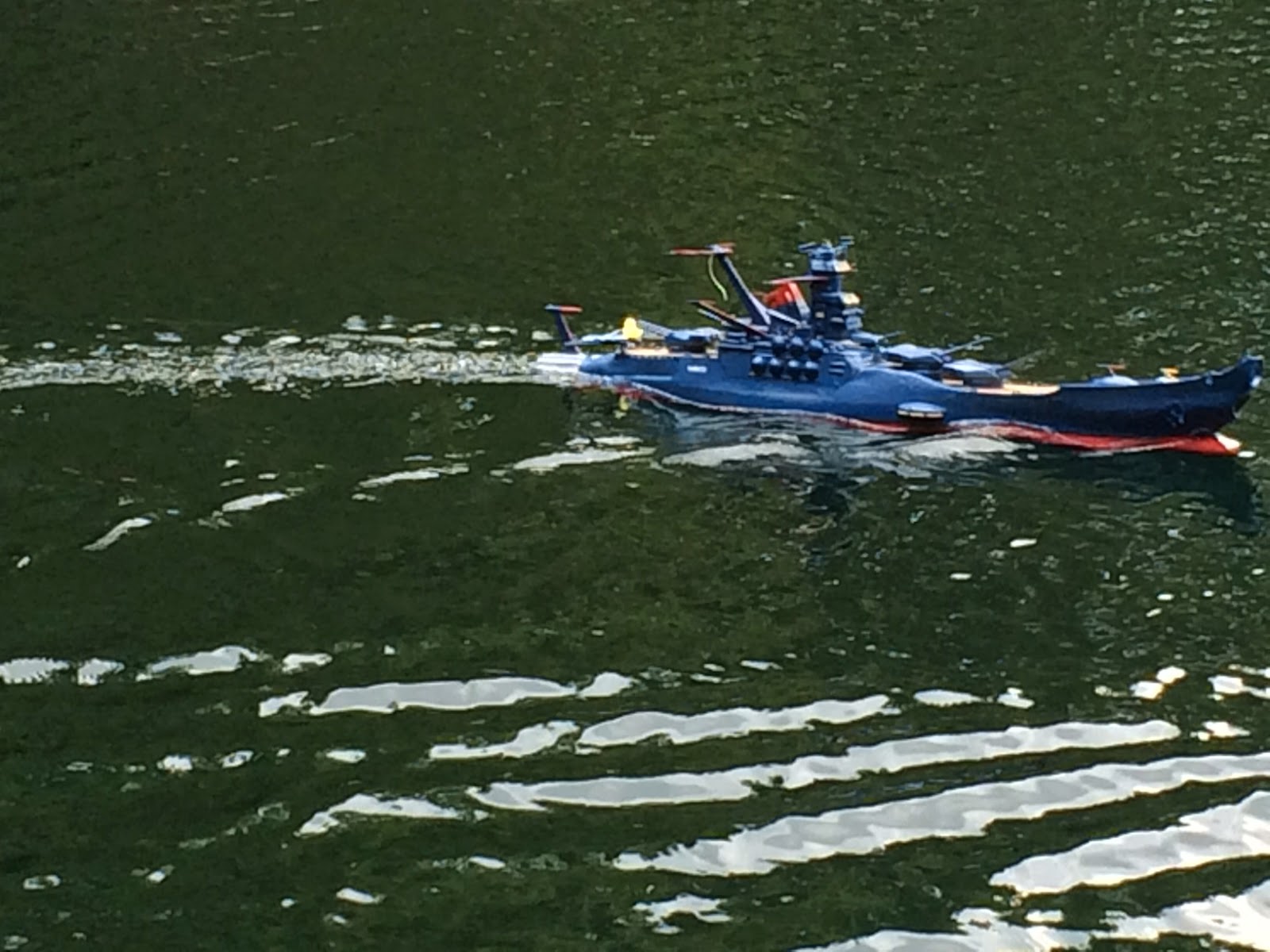 Oh, and: I saw a tiny Spacecruiser Yamato being piloted around the Conservatory Water in Central Park. But my next entry will be more fully political, as I link to the latest Seavey/Perry podcast, this time about the films Atlas Shrugged, Alongside Night, and God’s Not Dead.
Posted by Todd Seavey at 11:37 AM