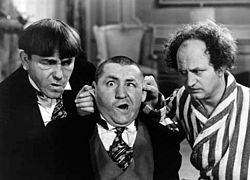 Well, he hasn’t risen from the dead or anything, but Josef Svoboda’s spectacular theatre scenery (grand and operatic in the way the Flash Gordon and Thor sets were, though far more nuanced) lives on, ten years to the day after his death – and long after I was a fledgling editorial assistant working on The Secret of Theatrical Space, a photo-filled book about his work, at dinky Applause Books.
It was then run by publisher Glenn Young, the visionary who dared try to copyright Shakespeare’s First Folio and who, like my parents and a few other people I admire, was briefly enamored of Ross Perot back then (not that this was relevant to his publishing work).  I suppose the theory was that it takes an authoritarian type to smash the inefficient logjam created by other authoritarians.
I’m glad that brutal-pragmatist (mildly fascistic) attitude seems to have waned since the twentieth century, as social media – and the dual longing for transparency in government and privacy in our own lives – make fluid, anarchist solutions seem more plausible.  Then again, maybe the strongman impulse is what drives many Obama and Gingrich supporters.  I hope we won’t have to learn the hard way, like Svoboda’s Czech countrymen, where the totalitarian temptation leads.
And all this reminds me that (A) it’s nice to wrestle with the same philosophical – and theatrical/aesthetic – issues over the course of decades because it gives a certain coherence to one’s mental life, as if continuing the same pleasant conversation begun circa 1989, but (B) on the downside, it sure contributes to time flying quickly.  I mean, I haven’t finished that one pleasant conversation and somehow two decades went by?
The solution, long suspected but long delayed, may be to throw all the long-simmering ingredients into the stew simultaneously – politics, philosophy, writing, comedy, sci-fi, and, yes, theatre – as if they’re all going out of style (the world ends in December say some of the mystics, though they are even dumber than the ones who think it ends when that fellow being celebrated today returns to Earth).  Combining it all – with a dash of ancient-theatrical revelry worthy of Dionysus – is the plan for my imminent new Williamsburg bar events and remade online presence (save the night of Thursday, May 17, my friends – more info soon).
But first, please permit me one more quartet of old-school blog entries this week on other people’s media projects, including a list tomorrow of ten worth noting.
This weekend, I will just note that with Damsels in Distress, Whit Stillman has come again after twelve years – a rare conservative film director, judging
not just by his upper-crustiness but also, for instance, the vapidity of the European leftists in Barcelona and that film’s highly unusual combo of on-screen simultaneous swing dancing and Bible reading.  I saw him do a short story reading at Temple Bar (a martini bar, not a synagogue) years ago, and it was such a pleasant experience that it was actually pivotal in keeping me in Manhattan instead of moving to DC, which was a job option at the time.

Unfortunately, his conservative tendencies – precisely because they are more of the cultural/pseudo-aristocratic sort than my own fiscal sort – may also explain why I’ve been hearing bad things about Damsels.  One friend writes that it’s full of stupid people and a few snotty ones looking down on them, rather than the wall-to-wall witty people one expects from Stillman.
I saw him speak a second time (at Lincoln Center), and he said there that Damsels would be his “popular” film, helping him make money for future projects more in keeping with his old films.  It doesn’t sound like that plan is going to work out.  I fear that like many an artist who decides to go slumming (when not living in Europe, as he sometimes does), he has misread us bourgeois masses and thinks we are merely dopes who like watching dopes – though I suppose I’ll end up having to see for myself, if only because there are so few directors who are even making an effort.
If people want quality stupidity, though, they’re not going to go to Whit Stillman for it.  We already have Michael Bay and 21 Jump Street, not to mention that risen trinity of comedy, the Three Stooges.
Posted by Todd Seavey at 12:55 PM