Super Tuesday and a Meta Tomorrow 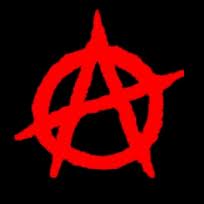 I see comics artist Dean Haspiel -- who among other things drew a skeptical account of the Cuban Revolution -- is one of the competing writers at the Literary Death Match at the Back Room tonight at 8pm.  And Cuba is a reminder that no matter how heated the GOP primary has gotten, in the grand historical/geopolitical scheme of things, the candidates aren't that far apart.
Of course, my favorite remains Ron Paul -- and the best thing for the libertarian movement right now might actually be if he and Gary Johnson ran as the Libertarian Party ticket -- but I'm pragmatic enough to see the long-term advantages of Paul seeing his GOP run through to the convention and retaining enough good will to boost his son Rand Paul's future prospects.
Romney's new emphasis on his "more jobs, less debt, smaller government" mantra (and wife's Kid Rock shout-out during the same Michigan victory appearance) is at least a feint in the right direction.  I don't expect him to be much better than Bill Clinton, but he's hardly a communist.
And if it's useful to step back from the combat once in a while and remember our similarities, sometimes the first step to seeing family resemblances is admitting shared history.
After all, we all inherit the history of anarchism, anti-imperialism, Cold Warrior bravery, environmental concerns, industrial revolution, abolitionism, traditionalism, avant-gardism, moderation, democracy, monarchy, globalism, localism, federalism, mass movements, reform, conservatism, feminism, manliness, secularism, science, and religion -- and we can make all these things fit together if we honestly prefer that to fighting.
I mentioned at last night's (excellent) David Friedman talk that the upcoming Williamsburg bar events I'll host will be more eclectic, and that includes a willingness to see what unexpected and unorthodox political notions arise in the new arena.  The world as a whole does not pick one ideological strain and ignore all others.  The world remains fusionist, in the broadest sense, even when the Republicans can't quite pull off the art of the seamless blend.
Over the long haul, the world mixes and matches traditions shamelessly -- sometimes in blenders such as Super Tuesday but also via ambiguous works of art or party-switching politicians -- and posterity may not even recognize the once-discordant elements underlying the strange new hybrids.  We may need to create some in Williamsburg.
Posted by Todd Seavey at 4:42 PM

When's the next Lolita event?

Instead of Lolita, I'll soon be hosting (and moderating) a _new_ series of regular events in Williamsburg, to be announced via Blogger, Twitter, Facebook, and one or two other means, so e-mail me (firstnameLastname at Earthlink dot net) if you'd like to get those announcements (likely starting next month) and aren't already hearing from me.