1. Gerard Perry and I discuss Maleficent -- and the far larger issue of “spoilers” (Gerard doesn’t care about them) in our latest YouTube chat.

The movie wasn’t all that great, but one of several neat things about it is that it replaces this classic version of the song “Once Upon a Dream” from Sleeping Beauty with this Lana Del Rey version. Long may she mope.

2. I see a HuffPo piece suggested the loss of Maleficent’s wings is comparable to a rape -- and they’re right. It’s another reminder the culture rightly treats such acts as abominable, despite the recent weird pretense by feminists that the culture glorifies them.

3. Speaking of sex and assault: the grotesque spree-killer last month (not to be confused with a couple of them this month) was not a real exemplar of the so-called PUA (“pick-up artist”) philosophy, which, crucially, counsels flirting (however cynical or calculating it may sound) instead of whining and fuming about loneliness and then killing people -- but how does one even begin to defend such a reviled philosophy without immediately being accused of being one of its adherents?

It’s a bit like trying to tell people that Timothy McVeigh wasn’t actually in a militia.  They wonder why you would even care about the truth if someone that awful is under discussion. But the truth always matters, especially in a crisis. (That is the genuinely non-partisan assumption underlying all I do and say.)

4. The alternative is the often-incoherent maintenance of taboos, the marking off of subject areas where nuance and doubt and rational inquiry are not allowed. Rape is now a sacred topic of that sort among the feminists, judging by the anger directed at Miss Nevada for suggesting self-defense is a good thing (since that reasonable claim excuses the attacker, claim the feminists -- though one never hears anyone say this about, say, advising people to defend themselves against murderers).

One has to wonder if feminists would even stick to this bizarre position if they had a chance to do this one over. They may now just be acting stubborn. And while we’re talking about conflicting and confused feminist messages, is this song celebrating non-anorexic body types considered empowering or evil this week?

5. Maleficent is faux-medievalism, and faux-medievalism isn’t always pleasant (see: Game of Thrones, which has its season 4/book 3 finale this coming Sunday and will probably include violence). We in the modern world haven’t yet escaped violence, of course, sometimes in forms dating all the way back to medieval times.

Indeed, a Business Insider piece (h/t Walter Olson) notes communistic Belarus is bringing back serfdom -- legally forbidding workers to leave their jobs. Hayek was more right than he knew! But then, there was always a sense in which the communists (not to mention nineteenth-century Tories and some faux-traditionalists of the antebellum American South) felt more at home in an imagined Middle Ages than in capitalist modernity. 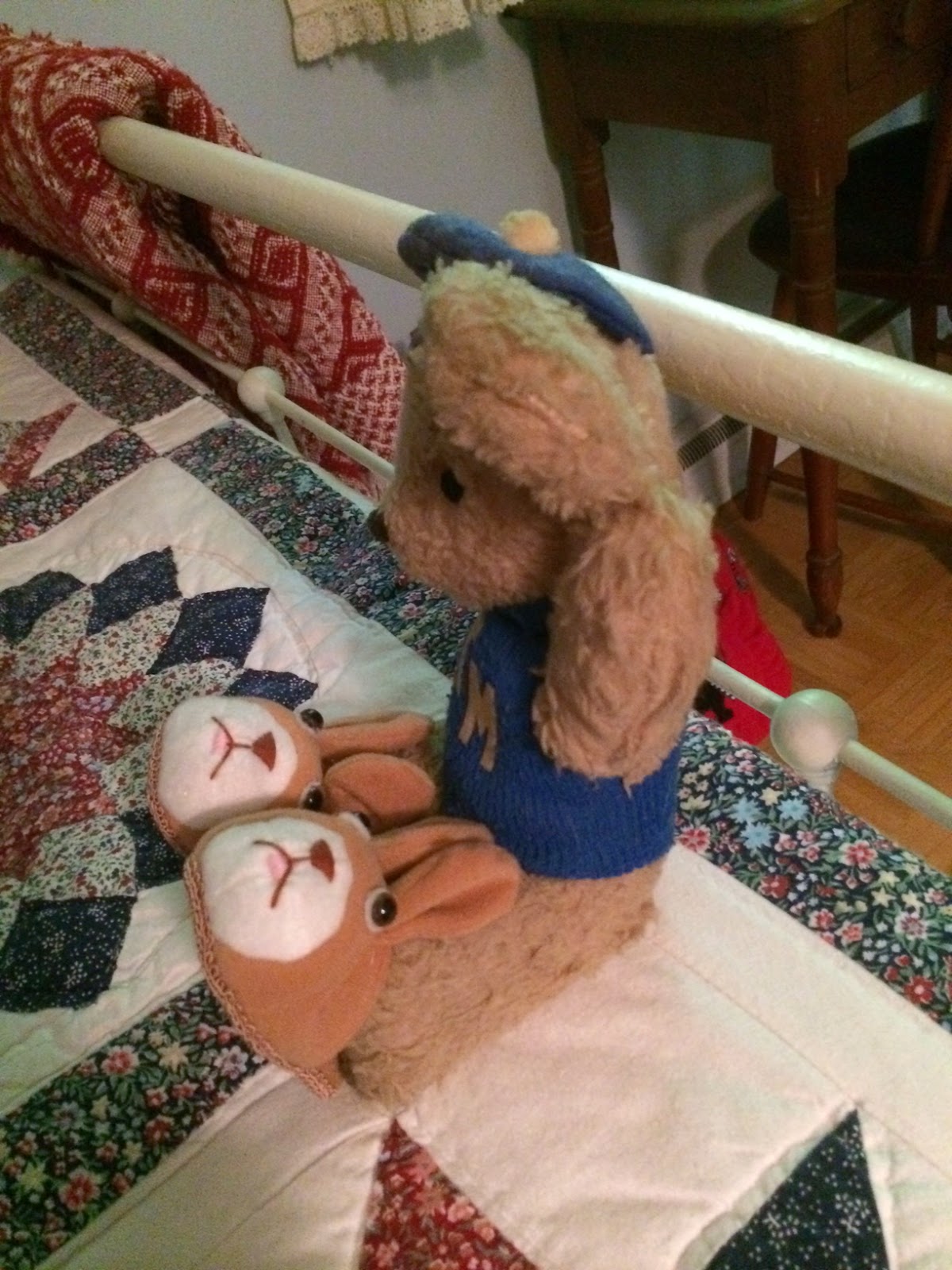 6. And what of Catholics, so fond of the thousand-year period when their Church reigned in Europe? Can they now be libertarians? Despite this Pope and his socialistic advisors, I hope so.

7. Even the Palestinian Authority is more fond of capitalism than some of the West’s leftist activists and would like those activists to stop being obstacles (h/t Judith Weiss).

8. I am happy to live in a modern world of markets and technology instead of one that believes in witches with familiars disguised as crows, but ours is still a world that must be on guard against a sneaky kitten pouncing on dog.

9. Modernity also enables us all to watch as “Tiny Kitten Wrestles Big Dog” (and goes after his butt!).

10. Sorry if I sound like I took a turn for the juvenile there, but I did see Maleficent with my parents -- on a trip home that revealed Mom has placed tiny bunny slippers on my childhood teddy bear, Roy (see photo).

11. Such is the Seavey household. And if all goes according to plan, the parents are also getting a second cat this week (to join Salty and Mac the dog), and the cat’s prior owners have named him Bobcat Bob.

12. If Maleficent and animals aren’t entertainment enough for you, though, you could follow my example and attend a screening (this Thursday 7pm at the Galapagos art space at 16 Main St. in DUMBO) of the booby-related short comedy film The Slip-Up by Matt Brandenburgh (who directs the aforementioned YouTube chats in which I appear).

13. And if you tire of silliness and magic, find me at a showing of the highly scientific documentary Particle Fever this coming Sunday the 15th at Symphony Space (or attend on either of the two Sundays thereafter, with tickets available at that link circa the 11th or so).
Posted by Todd Seavey at 1:44 PM