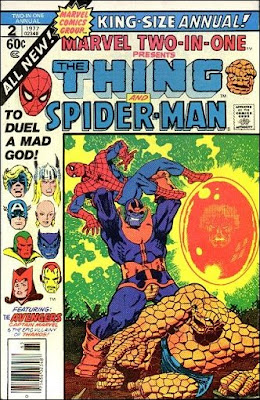 Tomorrow will be the first anniversary of Christopher Hitchens’ death.  I will have to toast him.  I saw him speak with the naked eye six times, if memory serves:

•vs. Dinesh D’Souza on affirmative action politics (Daniel Radosh was also in the audience)

•solo speaking to commemorate Tom Paine (having just moved neocon-ward, he smacked down a left-wing fan who asked if democracy can be imposed militarily with the observation that no one today would even remember Jefferson without the French army having assisted him)

•vs. D’Souza again on God (and D’Souza just this month sparred with atheists Michael Shermer and Lawrence Krauss onstage at Intelligence Squared U.S. and on last night’s Stossel)

•vs. hapless intelligent design-defending rabbi (and now failed congressional candidate) Shmuley Boteach (Radosh and I were both back for that one)

•discussing his memoir Hitch-22 at New York Public Library (this time I spoke to him for a minute or so – and was for the second time accompanied by a memorable religious girlfriend to a Hitchens event – but within days he would cut short his book tour and soon thereafter reveal his illness to the world).

But perhaps the most controversial thing he’s ever said is that women, generally speaking, are not funny – a claim he frames with a possible evolutionary psychology rationale in this 2008 video, responding to his (female) critics.

My apologies to angry, funny women I have known of all stripes – religious, left-wing, liberal-tarian, and what have you – and my advance New Year’s resolution will be to aim to be more diplomatic than Hitchens, even though he appears to be having so much fun in that video that for once, it looks like he’s struggling to keep a straight face while making an earth-shaking pronouncement.  Now that’s funny.

Lest I appear oblivious to the accomplishments of women, though, let me balance the Hitchens video by saying:

•A sincere Happy Hanukkah to dikey Jewish comediennes everywhere, to use Hitchens’ terminology (he discovered late in life that he was Jewish and early in life that he’s bi, so he’s almost allowed to say things like that).

•Kudos to Kathryn Bigelow for doing the eagerly-anticipated and purportedly awesome Zero Dark Thirty – and sticking to military tactics instead of politics and conspiracy theories, they say (despite some significant liberties about the facts, from what little we know).

Speaking of conspiracy theories, you could strike a blow
against two kinds by planning to see this anti-Bin Laden movie a day after the purported Mayan Apocalypse.

•Let us admire this 102-year-old woman (older than my grandmother) who is still driving her eighty-two year-old car.

•And let us regard with a mixture of fear, awe, arousal, and mild bafflement the fact that Death is depicted as female by both Marvel Comics and DC Comics (skeletal in the former, goth-chick in the latter) – and in Marvel Comics is lusted after by the deathgod Thanos, glimpsed in the Avengers movie but destined by three separate movie studio deals never to fight the Avengers, Spider-Man, and the Thing from the Fantastic Four all simultaneously (as we see him doing in the comics cover above), as I noted on Facebook.

You will likely see (1) him fight the Avengers on the big screen in 2015, though, the same year the big screen will likely feature movies with (2) the DC Comics villain Darkseid who inspired him (in the Justice League movie), (3) Doctor Doom (like Darkseid, created by Jack Kirby and foe of the Fantastic Four), (4) Ultron (an evil robot built by Avengers member Ant-Man, who has a solo film coming up), and (5) the likely Darkseid-influenced Sith (“Dark Side,” black armor, secretly the good guy’s father, the power of the Source, etc., etc.).

But Happy Holidays even amidst the death, the skepticism, and the coming wave of cinematic evildoers.

If the world doesn’t end one week from tonight (10pm, Dec. 21) when Rew Asterik’s band performs its “Apocalypse gig” at Tobacco Road in Hell’s Kitchen (if I go, I hope I will not Rew the day, ha!), I will surely return to the Internet in 2013, with my brief “Month of Dogmatism” succeeded by an even more bookish “Month of Law” in January (here and at the Dionysium, if plans hold).

Email ThisBlogThis!Share to TwitterShare to FacebookShare to Pinterest
Labels: Culture, Politics, Sci-fi and such, Sci./skepticism