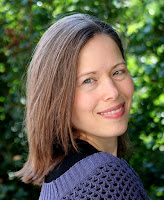 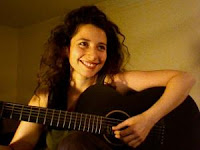 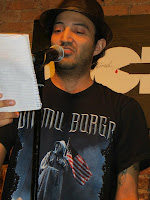 This Thursday (June 21 at 8pm) brings our first Dionysium set on the correct floor of the building that houses the new Williamsburg bar Muchmore’s (our preliminary stab at this ongoing variety-show series last month took place on the residential second floor), at 2 Havemeyer St. (on the corner of N. 9th St., just three blocks east of Bedford Ave., which is the very first subway stop into Brooklyn on the L that goes across 14th St.).

I’ll play host to (and in the first case interview):

•Dawn Eden, author of My Peace I Give You: Healing Sexual Wounds with the Help of the Saints, my Amazon review of which is visible along with purchasing info here.  Please accept the review as a partial substitute (during this blog’s “Month of Religion”) for my overdue review here of Walker Percy’s The Moviegoer, my copy of which I received (in an admirable peacemaking gesture) from my other Catholic-convert ex, Helen Rittelmeyer, but, perhaps fittingly, later lost on public transportation while tipsy.

Long-time Todd fans, though possibly confused, will recognize Dawn (seen here on Fox News and interviewed here by the Catholic Register) as the ex whose prior book, Thrill of the Chaste, featured me as “Tom” in Chapter 18, as something of a cautionary tale about dating atheists, but I don’t think we’ll have time to get into all that.  The new book is partly about earlier – and more serious – turmoil in Dawn’s life, since her own experiences with sexual abuse led her to look to religion for guidance in coping with the emotional fallout later in life.

•Hannah Meyers, on a lighter but I hope not jarring note, does folkish, often comedic music found in part on her new album You’re the Pacific.  She’s also a veteran of the old Manhattan Project gatherings, as some of you may recall.

•Daniel Somarriba, on an even lighter note, tells jokes.  The Dionysium does indeed bring you variety.

The most blasphemous news of the month, of course, is probably the movie Prometheus, though it’s debatable whether its alien-engineers-of-life plot is more of a heresy against God or against people’s positive memories of Alien.

Mind you, I say this as someone who enjoyed the movie – but I nonetheless recognize the truth in the hilarious (and spoiler-filled) complaints and unresolved questions noted in this great Red Letter Media comedy clip.  Meanwhile, a sexy nerd (yes, I’m attracted to lesbian-seeming punks who are all wrong for me when not attracted to religious women who are completely at odds with my philosophy) explains why the absence of explicit references to Space Jesus may be the real reason that Prometheus doesn't quite add up.

On the other hand, I would suggest that if Lovecraft-like horror stories are supposed to end with a riddle of madness, then this film was clearly a home run (meta-Lovecraft, with the audience driven mad?).

In other movie news, it is a near certainty that sometime today, the far more satisfying film The Avengers will surpass The Dark Knight (as gauged by inflation-adjusted domestic box office) to become the highest-grossing superhero movie of all time – ah, but will Dark Knight Rises surpass both next month, giving Batman an almost-immediate chance to reseize the crown?  Exciting!

In other superhero news, I suddenly realize (feel free to hire me as a consultant, Hollywood – I’m good at this) that I know exactly how Marvel could add an Avengers-like element of connectivity to their less-frequent (roughly annual) X-Men-related movies, given their current production schedule (The Wolverine in 2013 and a sequel to X-Men: First Class in 2014, with a possible New Mutants movie to follow):

(1) End The Wolverine, which is about Wolverine’s time training in Japan, with a teaser of him setting up his “own dojo” in the future – namely, a fresh-faced class at Xavier’s mutant academy.

(2) Since the First Class sequel reportedly uses a variation on the comics time-traveling “Days of Future Past” plotline – but the First Class characters live in 1963 –have the “future” be fifty years later, in 2013, with Wolverine as the teacher and protector of younger mutants in a world gone apocalyptic.  Have a teaser at the end of this film hinting at a whole rebooted, new present day – neither the dark one from “Days of Future Past” nor necessarily the present day of prior X-Men movies – though it should disturbingly resemble our own present day of drones and surveillance cameras.  This reality, someone should intone (perhaps someone back in 1963), will contain new events...and “New Mutants.”

(3) Then, because of the ambiguous timestream reboot and the fact they already had characters scattered across five decades in this franchise, they can just do whatever the hell they want for the next film, practically any time, place, or set of characters (great way to renegotiate actor contracts from a position of strength) – but they definitely title it New Mutants, with a Twilight-like emphasis on youth and pulling in a whole new audience.  Thus is the franchise reborn.

And if the ladies are still showing up for Hugh Jackman, probably you have him leading a cast of beautiful mutant youth and come up with some time travel mishigas to justify the Magneto from 1963 (a.k.a. First Class’s Michael Fassbender, also widely agreed to be the best thing about Prometheus) still being the antagonist.  Or whatever.  It’s all good at that point.

Then Marvel can turn its attention back to rebooting Fantastic Four.


APPENDIX: The Text of My Above-Noted Amazon Review

I may be biased (I know Eden well and will even host a talk in NYC by her on June 21), but I think she did a moving and very empathic job of describing some of the most horrible circumstances people have endured. And it's not just an exhibition of grotesque long-ago martyr stories justified by a last-minute reminder that God ostensibly redeems all. Some of the saints she examines are quite recent -- making them better suited for her larger purpose, which is showing that their endurance holds lessons for our own times and our own lives.

In particular, she reaffirms the wisdom that good character can endure -- and be more important even than physical survival -- under circumstances that test body and mind alike. From my secular perspective, I'd say the peace she describes saints knowing even in the face of death is akin to the phenomenon Socrates was likely describing when he claimed that no harm can really befall a good man. There are parts of us that attackers cannot ultimately reach.

At the same time, informed by modern psychology and some of her own bad experiences as a child, Eden sees that certain formative experiences can set even a good person on a bad, deformed path -- especially if they do not understand how those experiences perturbed their course in life. Perhaps the most interesting insight in the book, to my mind, is Eden's observation that in her twenties, when she was a New Agey agnostic and trying to lose herself in casual sex, traditional religion (whether I believe its core supernatural claims or not) would have advised her to exercise greater self-control and think about the state of her soul -- whereas her (more modern) psychiatrist, no doubt with the best of intentions, cheered her on, applauding her exploration and self-discovery. If all sex is to be celebrated in modern thinking, it can't easily be recognized as a cry for help, a misguided search for solace, or a self-destructive exercise in creating a more callous (and thus deceptively invulnerable-seeming) persona.

And you'd think -- you'd hope -- that psychiatrists would understand the phenomenon of the oversexed provocateur as a theatrical, defensive shield better than anyone. That's part of their job, right? Yet, as sometimes -- not always but sometimes -- happens, traditional wisdom may hold greater insight on this question than modern expertise.

You get all this plus an admirably practical appendix of resources for abuse survivors with _My Peace Be with You_, which is not just a book but a kindhearted public service. If I have one quibble, really, it is that despite dealing with such important personal issues, Eden humbly subsumes her story to that of the suffering saints she describes, when some of us would have enjoyed an even bigger dose of her warm personality. But this choice speaks well of her, of course, and is perhaps more in keeping with the great seriousness of her mission here.

I think some people will be greatly helped by this volume -- and indeed, one person has already told me he plans to give a copy to a troubled friend, just based on my description of the book, so in my corner of the world it has already begun its work.
Posted by Todd Seavey at 10:08 PM

You know, as pervasive, influential, and necessary as Amazon is, there are, I hear, other online booksellers where you can post impactful book reviews as well.

I know -- and it's nice of you to even notice how I link. BN is my default, and when I link Amazon, it's usually because the author preferred that for one reason or another.