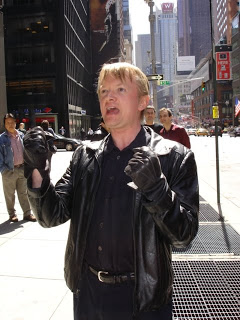 Seventeen quick thoughts (each with a link) as we survey the end of the post-Cold War Republican Party.

•TRUMP: IN. This week might look like “anarchy” (in the loose colloquial sense) at the Republican National Convention, but yesterday, the day of Trump’s official nomination, was also the twentieth anniversary of an important (and schismatic) date in the history of real anarchism, as I’ll explain below. In this year when the presidential nominee of one major U.S. political party dabbles in conspiracy theorizing about Obama’s birth, 9/11, and the JFK assassination, while the nominee of the other major party promises UFO disclosure, anarchism should not be dismissed as the weirdest branch of U.S. politics anymore. It may prove a more fruitful avenue of future intellectual inquiry than were conservatism and liberalism, in any case.

•JOHNSON: SERIOUS. Meanwhile, the candidate of the Libertarian Party, which most years is seen as having a weirder candidate than the two major parties, avoids conspiracy theories and merely jokes that having been a successful two-term governor of New Mexico gave him a chance to see the “alien to work” program near Roswell. Obviously, if you’re voting, you have to vote for him.

•AILES: OUT. Speaking of twentieth anniversaries, we’re just a few months from the October 7 twentieth anniversary of Fox News’s launch, and it now appears that Roger Ailes may not be there to celebrate. Having worked there briefly, I’ll be very curious whether the culture at the place changes now.

•MILO: BANNED. Again, we libertarians are not necessarily inclined to conspiracy theory, but it’s an awfully odd coincidence that yesterday appeared to bring Trump’s triumph, Ailes’ possible end, and Trump-supporting Milo Yiannopoulos’s lifetime banning from Twitter. It was his mockery of actress Leslie Jones that did it, apparently, so he’s been taken down by the Ghostbusters, just like Gozer (or perhaps that just served as a timely excuse for the left/black/Muslim-sympathizing culture at Twitter). He now becomes only the second person, to my knowledge, who is banned for life from Twitter -- and I’m friends with the other one because I know good people.

•VIKINGS: BLACK. I wish people would just stay off the volatile topics of race and religion, but if you ask me, the real ethno-hubbub on the pop culture horizon is the portrayal of an honest to gosh Norse Valkyrie goddess by a black woman in next year’s Thor movie. That should be a real test of self-control for the pagan-leaning racist elements of the alt-right. You heard it here first: Ragnarok arrives Nov. 3, 2017.

•DAILY SHOW: ASSAULTING. But don’t assume it’s the Milos of the world who cause all the trouble. It was Daily Show staffers who were accused of shoving a reporter at a Milo-instigated gay party at the Republican National Convention, so who are the fascists, really?

•DENTON: BANKRUPT. Financially, I mean, not just morally. Or so the Gawker founder claims.

•HAUSAM: INTERVIEWING. Me, that is. Mike Hausam had me on his California radio show on July 11, 2016 to talk about my book and libertarianism generally.

•ANARCHISTS: DIVIDED. Even Hausam, a libertarian, stumbled for a moment at the unfortunate, obscure label for libertarians of my specific philosophical type – “anarcho-capitalists” -- but the traditional, left-leaning anarchists know (and mostly hate) us, at least. In fact, because time flies, yesterday was the twentieth anniversary of An Anarchist FAQ, the first major stab at an official online explanation of anarchism, and it was largely created by old-fashioned anarchists to distance themselves from anarcho-capitalists like me who think libertarianism and capitalism are more logical expressions of anarchist sentiment than egalitarianism and socialism are. Nice to be noticed, though.

•PUNK: CONFUSING. You should also take note of the fact that the Anarchist FAQ founder, Iain McKay, is not the same person as Fugazi singer Ian MacKaye, though it'd be kinda cool if they were the same person, and I'm sure this has led to confusion at some point.

•SILVERSTEINS: COMMONPLACE. There’s also, by the way, both a Forbes writer and a Nation writer named Ken Silverstein, which must cause some confusion.

•SEAVEY: SPECIAL. Maybe I can’t quite call myself an anarchist without creating confusion, since I believe we need property rights, as explained in my book Libertarianism for Beginners. What I lack in willingness to ditch all moral and commercial rules alongside the eminently ditchable government, though, I make up for with a thoroughgoing skepticism useful against advertisers, priests, unreflective traditionalists, shallow fellow skeptics, and even you if you say something stupid.

•CAPITALISM: AMBIGUOUS. As if it weren’t confusing enough that people argue about who qualifies as an anarchist, anarchists in turn argue about how to define “capitalism” and whether that terminology in turn affects collaboration among anarchists. This article brought to my attention by Camilo Gomez is a fairer than usual summary of the “capitalism”/“markets” distinction that is important to some left-leaning anarcho-capitalists in particular (though in these situations, I usually urge just adopting new terms or agreeing upon clarified old ones instead of wallowing in the ambiguity and the linguistic tug-o-wars).

•DEMOCRATS: OVERRATED. To those of you too easily convinced that infighting among anarchists, libertarians, or Republicans proves the Democrats, who are gathering at their own convention next week, are the smart, sane ones, I will just note that despite the great job the Democrats do of convincing themselves that rational, well-educated people lean Democrat, the majority of college-educated whites (for whatever little it’s worth) haven’t voted Democrat for president in the sixty years since demographic polling of that sort started tracking such things, despite how things may look if you inhabit some lefty college town bubble. In fact, Bush was the first Republican presidential candidate to get a bigger share of the non-college-educated than Democratic rivals, not necessarily something to be proud of, and Trump may well lock up the downright-stupid vote this year -- to the Republicans’ long-term regret, I suspect.

•DEATH: AMERICAN. While we debate these nuances, of course, some of our most broadly shared, bipartisan policy ideas kill people overseas, reason enough to question whether either major party is worth keeping around.

•CONSCIOUSNESS: IN. Perhaps sanity will be easier to find at the science lectures I’m attending tonight at 7:30 at Union Hall in Brooklyn, hosted by my friend Lefty. And if you e-mail me RIGHT NOW, you could use that second ticket I’ll be carrying with me (or I’ll just read brainy Marc E. Fitch’s crime novel Dirty Water as I ride the subway alone).

•EVENTS: REAL. I swear I will also host real-world events of my own again very soon, as promised, even if it means I post stuff online much less often. Here’s a recent blog post by Kenneth Silber about one old bar debate I organized, which is still echoing in his mind and, for good or ill, echoing across the political spectrum in these troubled times. Sob. I will try to fix everything soon. It‘s what I do.
Posted by Todd Seavey at 4:52 PM