People of Iowa: from Ron Paul voters to Will Wilkinson (plus Rudy, “thick” libertarianism, and more) 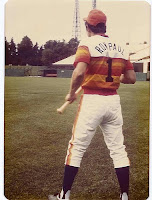 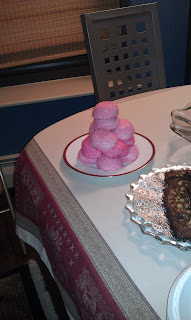 After seeing the very good (and conservative-friendly) Iron Lady last night, I wish Margaret Thatcher were a plausible write-in candidate for the Republicans this year (and I look forward to seeing the whole Iron Trilogy this year – Iron Sky about Nazis from the moon in April and of course Avengers).
Instead, many of us today hope we will see Ron Paul win the Iowa caucus, despite his flaws (all politicians have some, as you may’ve noticed).  At the very least, it would foster wider discussion of libertarianism and in the best-case scenario, of course, it might lead to government’s evil presence in our lives and in the economy starting to recede in one year, changing the course of human history.
(I actually predict he will win Iowa, given the failure of the usual polls to gauge the far greater likelihood of Paul voters actually showing up in large numbers relative to other candidates’ fair-weather supporters.  All the number-crunching strategy by my geeky faction, which wants to transform both the home team and the game itself, actually reminds me a bit of the Aaron Sorkin-penned Moneyball, another fine film.)
So naturally, on the eve of potential triumph, yesterday Will Wilkinson announced that he is not a libertarian after all, is in fact a liberal (not just a “liberal-tarian”), and would not want to be part of a movement that included Ron Paul (nor indeed any movement at all).  I bear Will no ill will but feel as though some sort of apology may be owed to the people who kept telling him a few years ago that he’s not really a libertarian.  I never even went that far – I’m all for letting people define these things somewhat broadly – but for some reason, I still feel sort of vindicated.
Coincidentally, I only just learned that Virginia Postrel doesn’t want to use the label anymore either (but at least she takes care to put a “classical” in front of her “liberal”).  The real question here, of course, is: OK, WHICH ONE OF THE REST OF YOU WANTS TO JUMP SHIP?  KERRY?  MEGAN?!  All the recent “voluntaryists,” maybe?!?  I’m simply a libertarian, by the way.  Feel free to use me as the definitional case from now on, especially if I’m the only one left.
Libertarians Who Need Their Space
No, but, hey, man – it’s cool.  It’s cool.  We OK.  We OK.  (And if we win, I hope the ensuing celebration rivals the New Year’s Eve party at which I photographed the knock-off “Snowballs” seen above – and my thanks, too, to Kevin Walsh for pointing out that other photo, which really is Ron Paul in a Houston Astros uniform.)
And I can understand mainstream libertarians – very much including me, despite all the scorn and skepticism young Ron Paul-wave libertarians heap on Beltway-style, thinktank-funding, white-paper-producing type libertarians – such as Ed Crane wanting to be on record distinguishing between (what I still see as) libertarianism proper and Paul’s brand of paleolibertarianism, with its extra (and occasionally weird) cultural baggage (none of which has much effect on policy prescriptions, still deducible from imagining strict property rights and laws forbidding only assault, theft, and fraud).
But I think some outright enthusiasm from libertarians at this potentially-historic juncture is not only warranted but arguably morally necessary.  For one thing, we should not appear to be lazily echoing the “Paul can’t win” mantra when there are so many useless, big-government-loving, unphilosophical, mainstream types to perform that function already (like John Podhoretz, for instance).
To his credit, liberal Jonathan Chait at least finishes his article by going into far more amusing detail than most people about how unlikely he thinks a Paul victory is.
I’m sticking to the #JifnotP vow I’ve been encouraging people to take, though – publicly tell the GOP you’ll vote for Libertarian Gary Johnson in the general election unless the GOP nominates Ron Paul and proves it’s serious about shrinking government before big spending destroys civilization.  Really let the GOP know they won’t have our vote this time without our man leading them.  Otherwise, they’ll just think, “Well, Romney’s kind of a business guy – that should be good enough for those, what you call ’em, libertarian people.”
Speaking of electoral strategy: you know, it might never have occurred to Ron Paul to focus on this first caucus so much had it not been for Giuliani failing to do so back in ’08.  THANKS, RUDY!
(And Rudy was briefly under consideration again in this election cycle, too, along with so many rise-and-fall GOP candidates and potential candidates that you may not even be able to remember them all.  At least the Herman Cain – remember him? – left behind this wonderful artifact, noted by Gerard Perry.)
Paleos and Catholics
But suddenly, it’s not just Paul vs. mainstream choice Romney.
Iowa suddenly experiences a Santorum surge, one that seems far less likely to be repeated in other states than the long-gestating Paul movement (but maybe I’m biased).  “Santorum surge” sounds vaguely obscene given Dan Savage’s use of the term, but I won’t consider the headline “Santorum Drops Out” obscene if I see that one soon.  In the meantime, the more ways the non-Paul vote is split, the better, from my perspective. The headline I really want out of Iowa, of course, is:

I don't think that anyone just wants thickness for its own sake, so saying that "tradition is thicker" as an argument is just weird. It's also odd to think that Kerry or Matt has said that thickness will automatically be of the liberal sort. They think it's *preferably* of the liberal sort-- and not [just] because that provides a surer foundation for their politics but [also] because it's normatively preferable in its own right.

Most of us who aren't Rothbard actually have normative views about the thickness part, not just tactical calculations.

No kidding. And the conservative argument is that traditionalist thickness _is_ a better guarantor of liberty than culturally-left thickness. And I think they're right, but it may be time to put harder work into accommodating al these factions simultaneously, since the excommunication thing was done to death back in Rothbard's day.

For what it's worth, I don't assume that any move toward thickness is good, though I realize from some of the reactions to my post that this is something I didn't make clear. Randianism and paleo-libertarianism are both thick, but both worse in many ways, I think, then the thin gruel served up by Block et al.
But hey, I'm a philosopher, so I'm more than happy to dive into the much and argue about which thick values are worth defending, and which aren't. Not in order to determine who's the real libertarian in the room - Bryan Caplan's purity test is still the gold standard for that purpose. But in order to understand why libertarianism matters, and how it should be interpreted in those cases where something like the NAP itself won't do the work. I'm thinking I'll write something about this with specific reference to the immigration issue soon.

Right, I know. I'm saying the case for a liberal sort of thickness will in fact fail against the case for a traditionalist sort of thickness. I don't think anyone wants thickness for thickness's sake. I'm saying a culture more concerned about honor and paying its bills will likely find strict property rights congenial, and a society that thinks "gender equity" is paramount will look with suspicion at inevitably inegalitarian things like markets. Want liberty? Encourage a combo of Ayn Rand, Rambo, and the Amish, if you can figure out how to do that. By contrast, Simone de Beauvoir was a Stalinist and the MacKinnon/Dworkin types actively supported censorship, just as nearly all feminists support affirmative action. Teach people to stick to "thin" and we have a coalition. Ask for something thick, and smart libertarians ready the cultural demolition of the left. In other words, "Let's not get into it" and "Accept a diverse coalition" are options. "Diminish traditionalism by promotion of left-liberal cultural values and then expect the world to become more libertarian" very plainly is not.

I knew libertarianism was no longer going to be cool once I took up the cause!